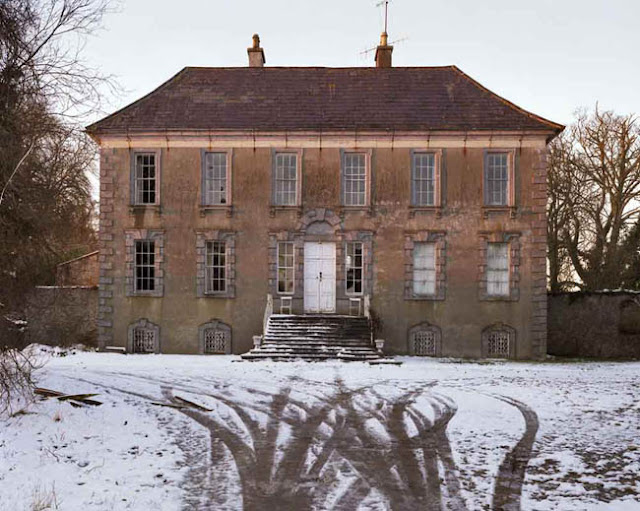 Between 1978 and 1982, photographer Andrew Bush, with his Masters in photography from Yale, stumbled upon a house, while hitchhiking in Ireland. An aristocratic looking gentleman named Commander Geoffrey Marescaux de Saubruit picked him up and took him to his own home, a fading, 18th century Georgian manor, shared by the commander with three other elderly aristocrats "I realised I had found a great subject in the remnants of a European aristocratic lifestyle, in four elderly people living together in the deteriorating splendour of a glorious estate." Upon learning that the house was soon to be vacated by the current residents in order for the house to be 'updated' by the new owners, Bush felt compelled to capture the home and its contents.

Bush's book, "Bonnettstown: A house in Ireland" was published by Harry N. Abrams in 1989 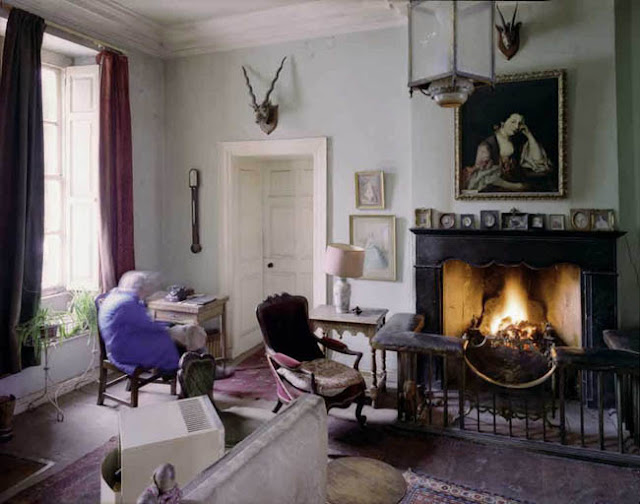 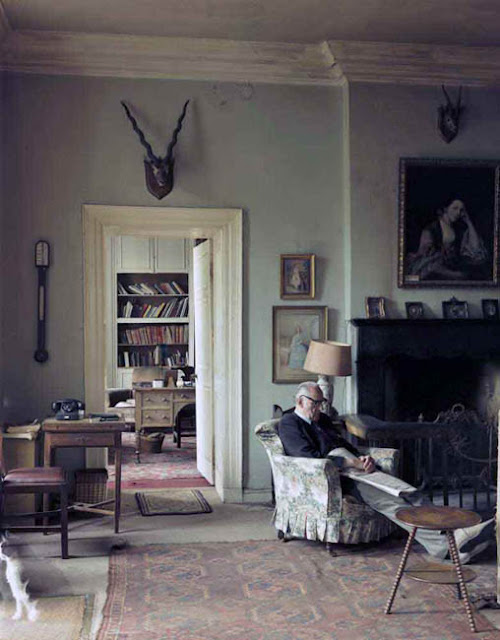 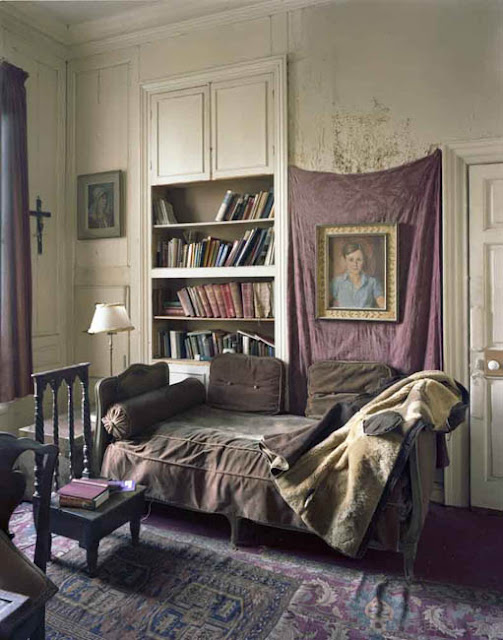 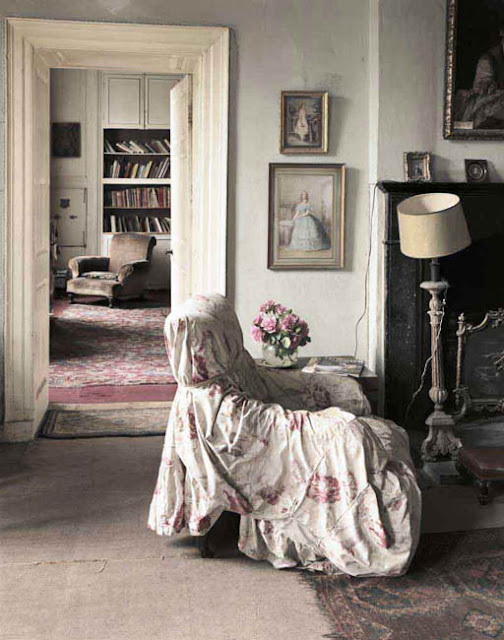 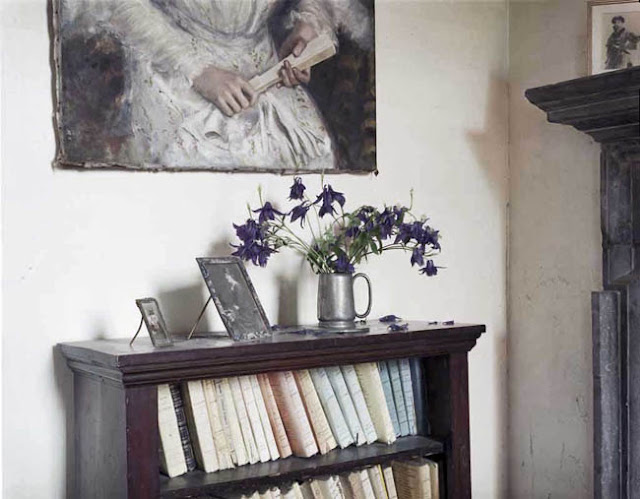 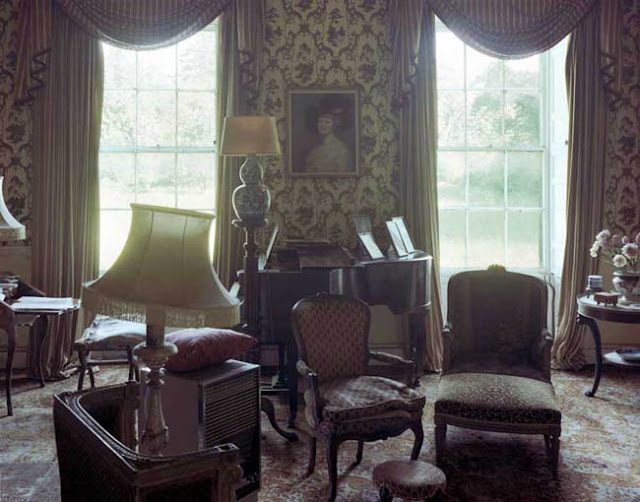 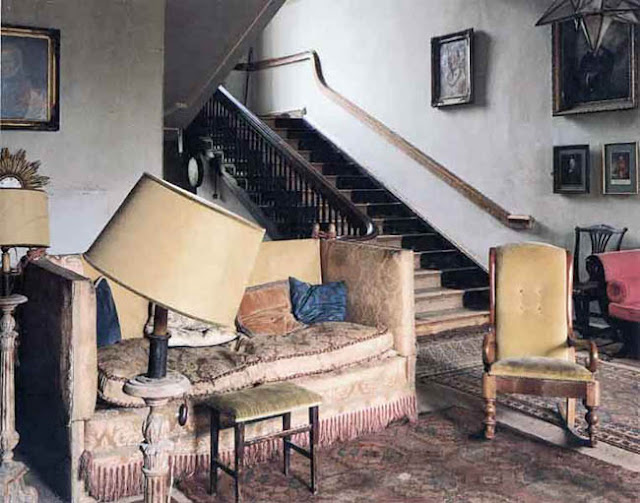 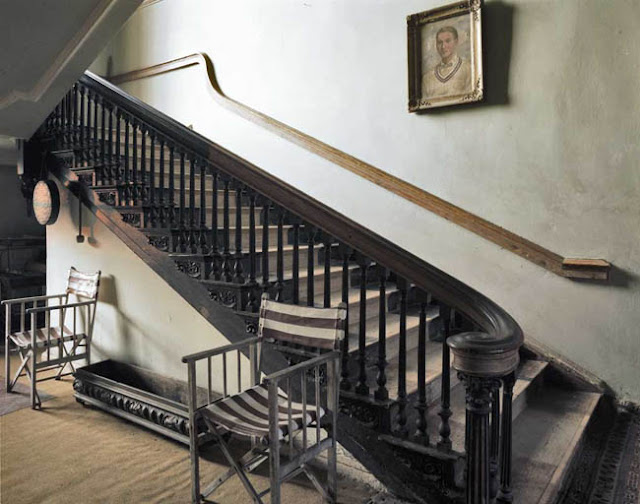 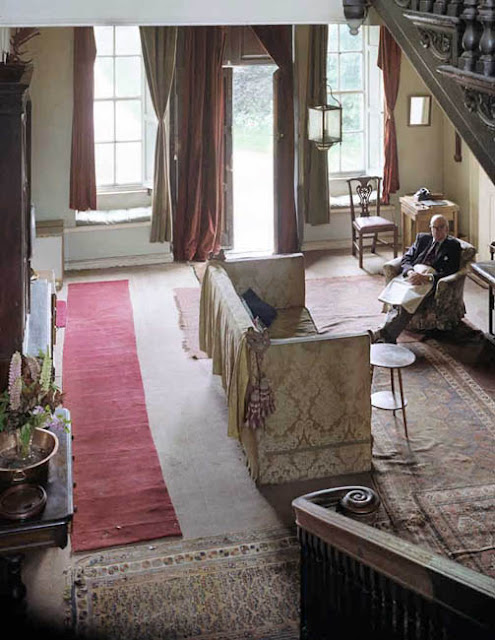 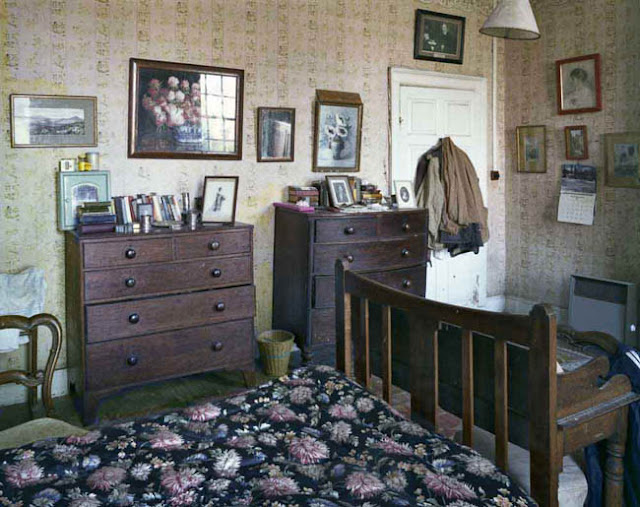 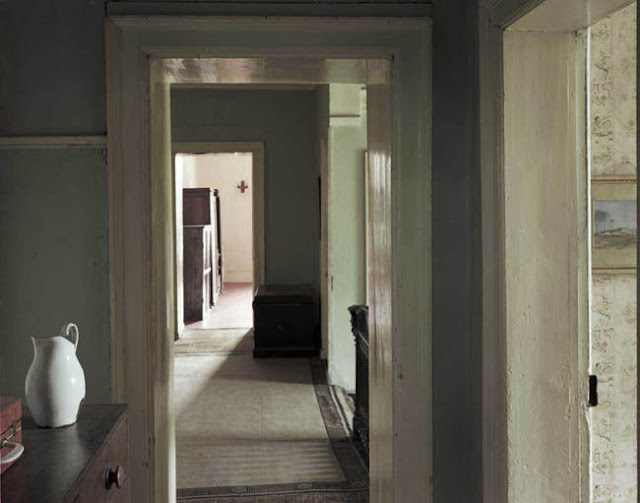 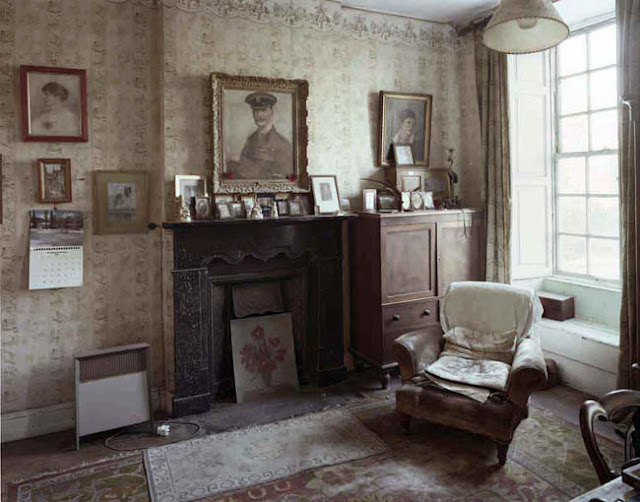 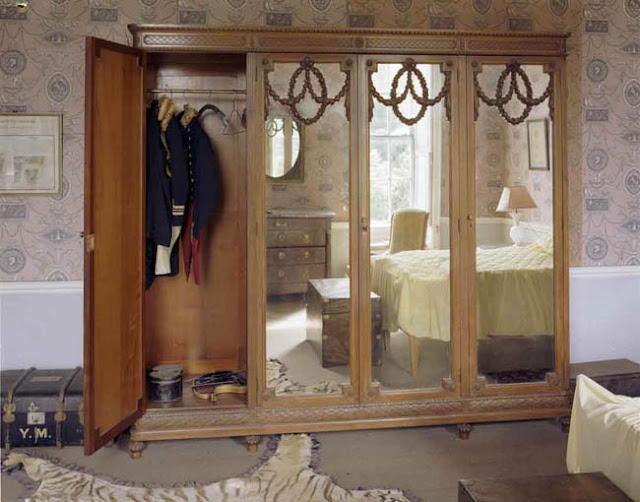 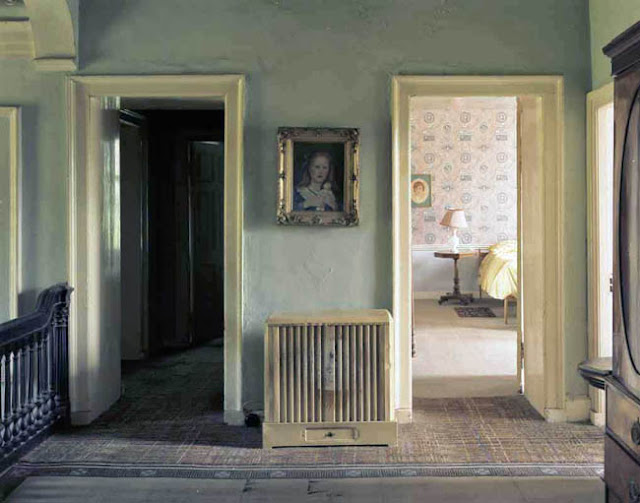 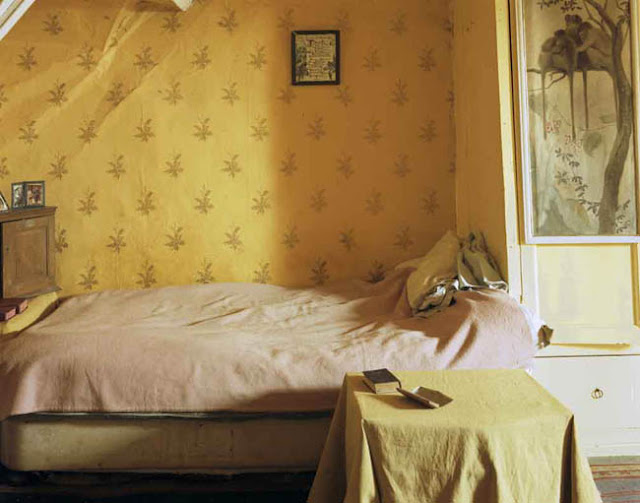 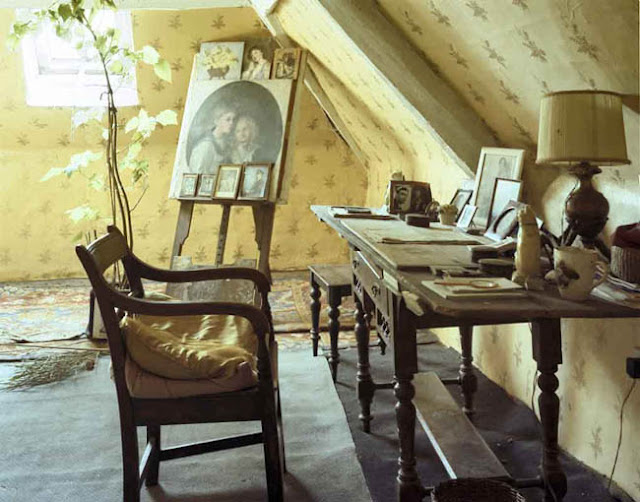 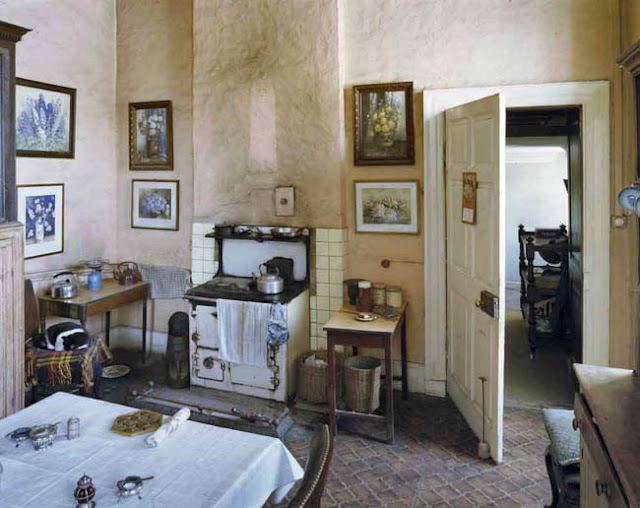 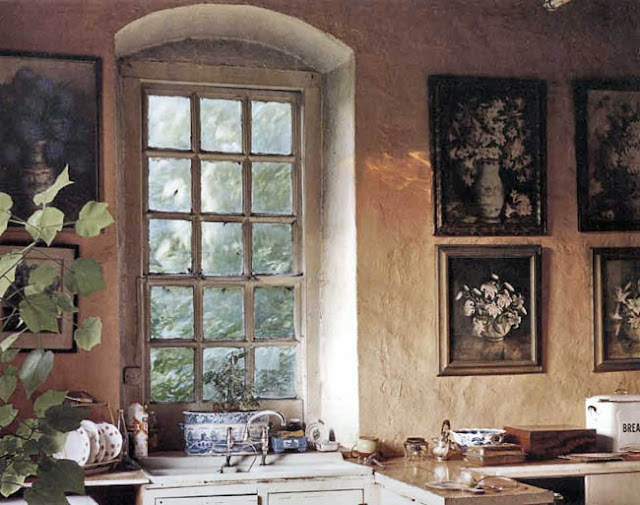 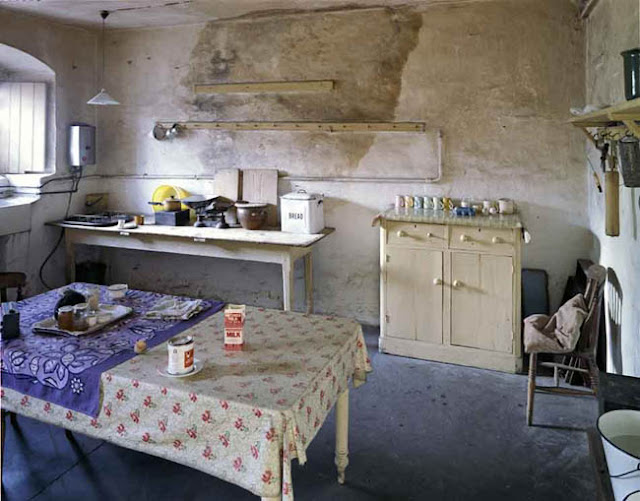 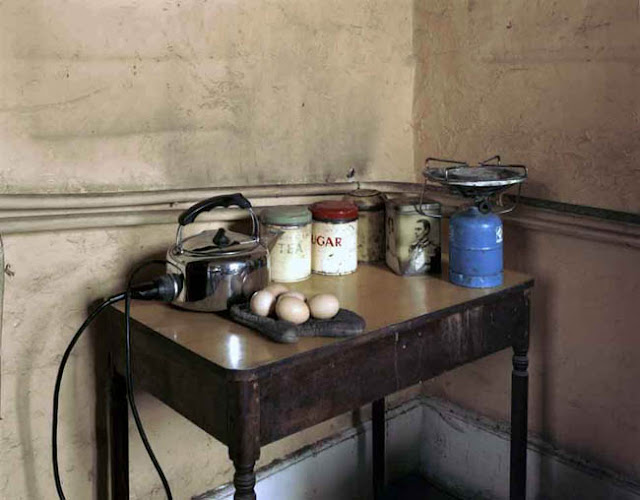 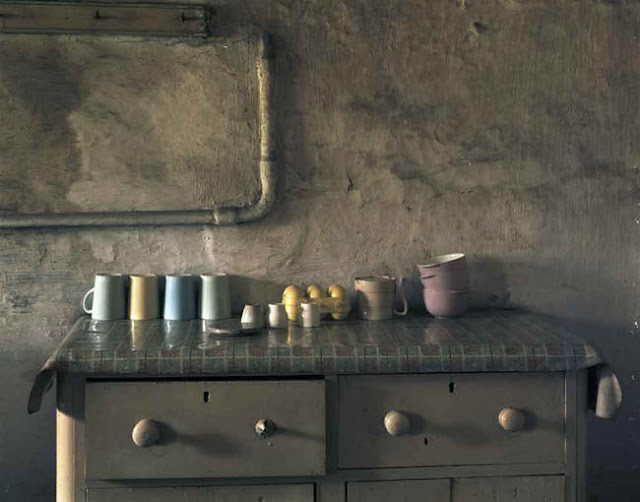 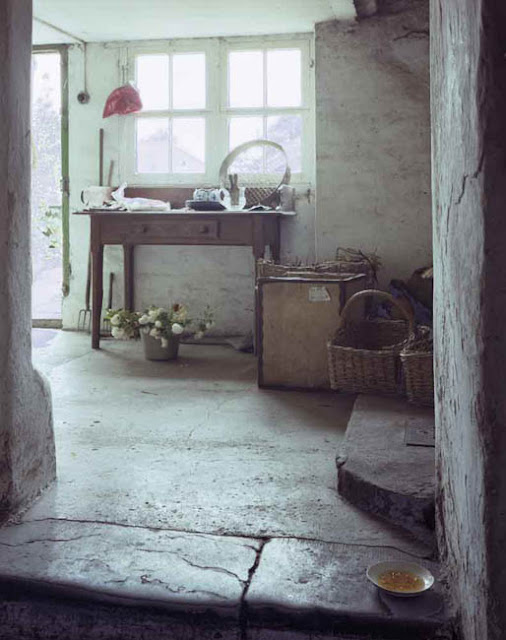 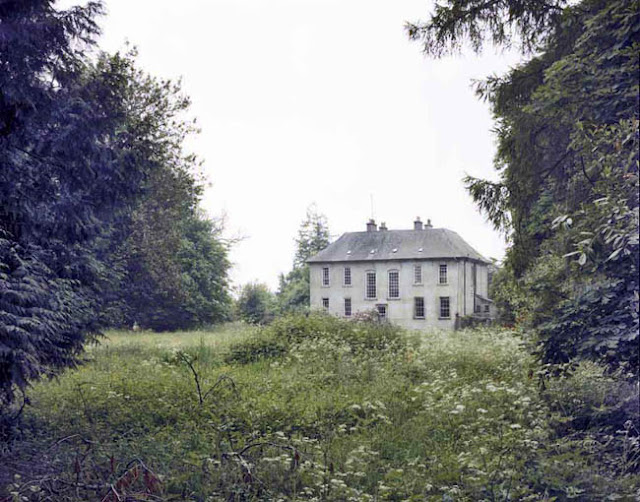 ArchitectDesign™ said…
pure magic -it makes me a bit sad perhaps -but what a great old house!I wonder what the 'updating' entailed?
Wednesday, May 5, 2010 at 6:11:00 AM PDT

Jennifer Sanderson said…
These photographs were breathtakingly beautiful. Wow....
Wednesday, May 5, 2010 at 7:31:00 AM PDT

Pigtown*Design said…
Wow. that's just incredible. We had friends who had an old castle in Wales that had been in their family for 600+ years, yet they lived in virtual poverty, selling off bits and pieces of land, just to keep the place afloat and in the family. They sold a chunk to the airport and the runway was only several hundred yards from the castle. So sad to see.
Wednesday, May 5, 2010 at 7:44:00 AM PDT

Karena said…
Megan, what a propery You have outdone yourself with these images, and the story!

P.Gaye Tapp at Little Augury said…
This book is a jewel. I can pick up my copy anytime and be transported. I would recommend trying to track down a copy and buy. It would be a wonderful book to reprint-considering the flood of less than glowing design and lifestyle books. So glad you posted these. What a story too- pgt
Wednesday, May 5, 2010 at 9:07:00 AM PDT

Splenderosa said…
Did you notice the one gentleman fully dressed in a suit & tie? Reminds me of "Grays Garden" about Jacqueline Kennedy's aunt & niece in the Hamptons decades ago. And, then one must wonder where the 4 residents went and how they handled this.
Wednesday, May 5, 2010 at 12:39:00 PM PDT

chiara said…
One of my most favorite books ever! I love the pictures where the lampshades are crooked - so refreshing when all images nowadays are picture-perfect.
Wednesday, May 5, 2010 at 3:15:00 PM PDT

beachbungalow8 said…
it's so grey gardens isn't it? reminds me that beauty in decay can still be beautiful and full of ife.
Wednesday, May 5, 2010 at 5:03:00 PM PDT

Kelle Dame said…
Amazing story and sad in a way. There is so much soul and beauty in this house. Makes me wonder what all the walls have seen over the years.
Wednesday, May 5, 2010 at 8:52:00 PM PDT

Leigh Chandler said…
So utterly charming, I wish I could go there and stay with the elderly folks. I would take the house just like these photos portray, anyday! It moved me to tears. I will search for this book as these photos are magnificent.
Thursday, May 6, 2010 at 10:52:00 AM PDT

Anonymous said…
wonderful, the gentleman in full dress made me remember my Grandfather. I can't remember a time he wasn't fully dressed to read the paper... these photos are magic.
Friday, May 7, 2010 at 8:21:00 AM PDT

Catherine said…
Amazing place and images. Sad to think the people were moving out of their home - I hope they were staying together.
Wednesday, May 12, 2010 at 5:37:00 AM PDT

Geisslein said…
oh my heart stopped beating...such a wonderful house! a kind of magic...Thanks for sharing! greetings from sunny germany, geisslein
Tuesday, June 15, 2010 at 3:59:00 AM PDT