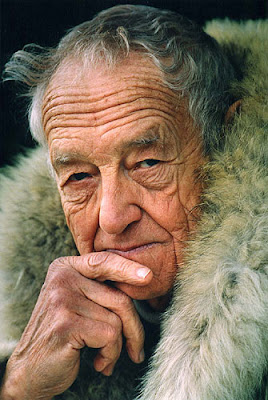 I was so sadden to hear that Andrew Wyeth, died over the weekend. I mean, he was 91 and all and he did it right ~ in his sleep, but a loss of such influence and importance is, exactly that 'a loss'. {how amazing is his face? I really love an old face. Like a beautiful landscape} 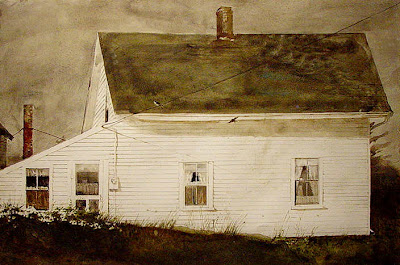 Wyeth's work was always a source of debate in the art world. It wasn't avant garde enough during the time of Abstract Expressionism. Too literal for the art crowd. To normal. Wyeth was once nominated as both the most underrated and overrated artists of the century. 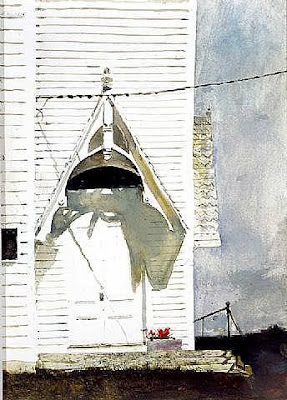 John Updike wrote,“In the heyday of Abstract Expressionism, the scorn was simple gallery politics; but resistance to Wyeth remains curiously stiff in an art world that has no trouble making room for Photorealists like Richard Estes and Philip Pearlstein and graduates of commercial art like Wayne Thiebaud, Andy Warhol, and for that matter, Edward Hopper.”

some of my favorites: 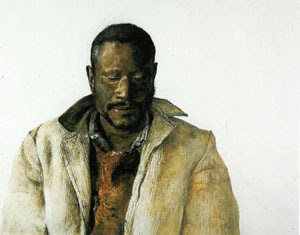 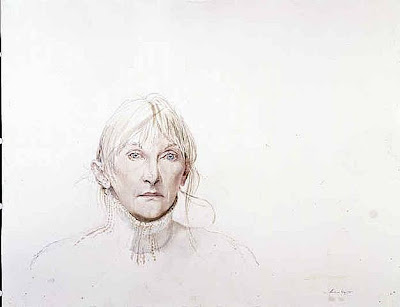 look how he chose to only draw a few of the rows of the knitting in her sweater. Almost where the tendons in her neck would be if it were exposed. 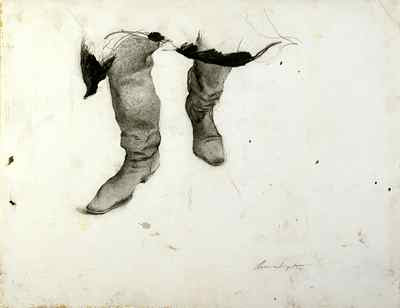 I believe this is the sketch for the painting below. 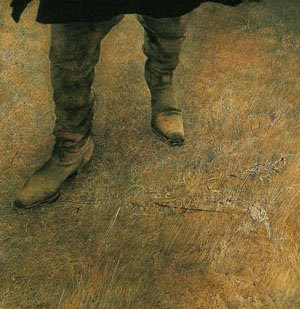 how did he do this? the capturing of this,ethereal, gauzy fabric. 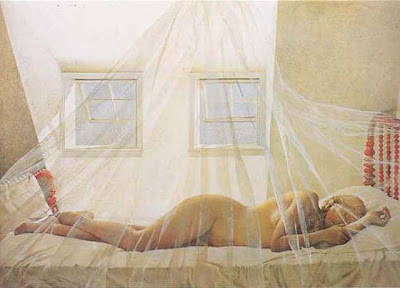 "Artists today think of everything they do as a work of art. It is important to forget about what you are doing - then a work of art may happen." Andrew Wyeth
Email Post
Labels: art fine art

Julie Neill Designs said…
True talent cannot be questioned whether its in style or not. This man did what he did because he was true to himself and he honored what he had been given. I admire his artistic honesty.
Sunday, January 18, 2009 at 8:41:00 PM PST

Regardez Moi said…
Andrew Wyeth is my favorite artist. I was so sad, too, when I heard that he died. He lived very near where I grew up / live now and so he was a regional superstar as well. You are so right about his face - it's beautiful.
Monday, January 19, 2009 at 9:58:00 AM PST