From the mixed-up files of architect, Eric Clough 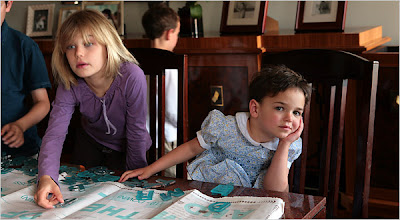 When hired to renovate the Klinsky- Sherry family's Fifth Avenue apartment, architect Eric Clough turned the request to do something non-cookie cutterish, into a living scavenger hunt throughout the home.....without clue-ing in the client. The hunt involved a maze of ciphers, riddles, poems and custom-built furniture with hidden drawers and panels. A fictional narrative and a soundtrack was included in the final project as well. The crazy part of this story is that the family, really had no idea this was going on, even as they lived within the newly remodeled apartment for nearly a year. Until one day a letter arrived in the mail with a cryptic poem that began with these lines:

to lead you through a tale

that tells of most inspired fates

The poem continued, leading them to a hidden panel in which contained a beautifully bound leather book, holding more clues. 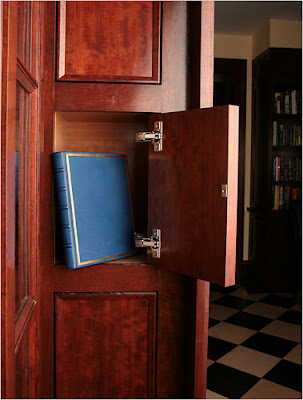 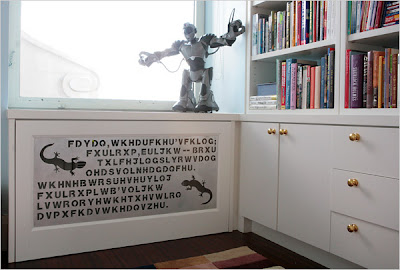 One of the clues was carved into their 11 year old son's radiator cover. Soon after moving into the home, the son's friend cracked the code, and yet the family remained unaware of the bigger game. 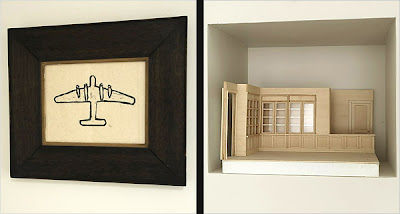 Behind this airplane drawing, lies a model of the kitchen, where a musical score, written for the project can be found, in a drawer above the stove. 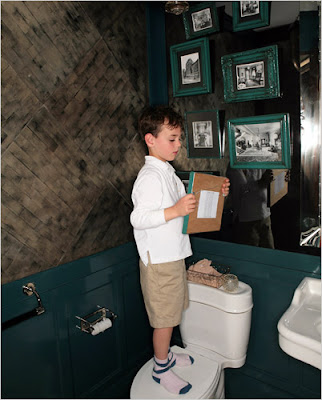 Clues are written behind framed art in the bathroom. 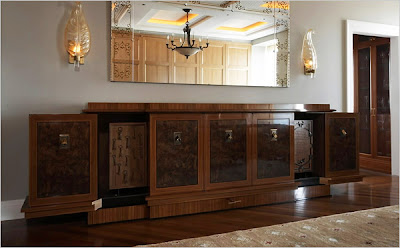 Hidden panels on a side board, reveal keys to key holes, some where in the home.
and what was the ultimate treasure at the end of this maze? a beautiful poem, written by the client for his family, many years before. 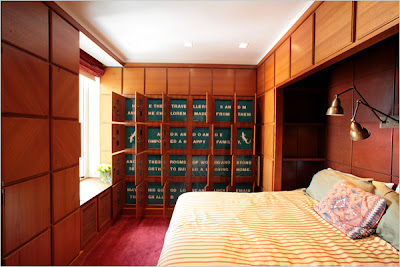 The research and development of the project took up to 4 years to finish while the actual renovation, took a mere year and half.

Pigtown*Design said…
haha! that was my favourite book when i was a kid, because my father worked in a museum and we had the run of the place.
Monday, January 26, 2009 at 3:28:00 PM PST

jaime said…
How fantastic for that family to have such and adventure!

Ms Unreliable said…
What a beautiful idea and so well executed! I know of an architecture firm here in Australia that designs hidden panels and compartments and lots of other little surprises into their housing design, without the clients knowledge of course. You definitely need to know that your client would appreciate it though, I wouldn't be surprised if such lovely intentions have ended in a lawsuit!
Tuesday, January 27, 2009 at 5:51:00 AM PST

Karena said…
How cool is that. A fun, fun project! Talent an great collaboration between the client and designer.
Tuesday, January 27, 2009 at 6:45:00 AM PST

Annie Crowninshield said…
life has so few surprises and this is a truly unique and creative adventure. what a lucky family (and a talented architect!)
Tuesday, January 27, 2009 at 8:40:00 AM PST