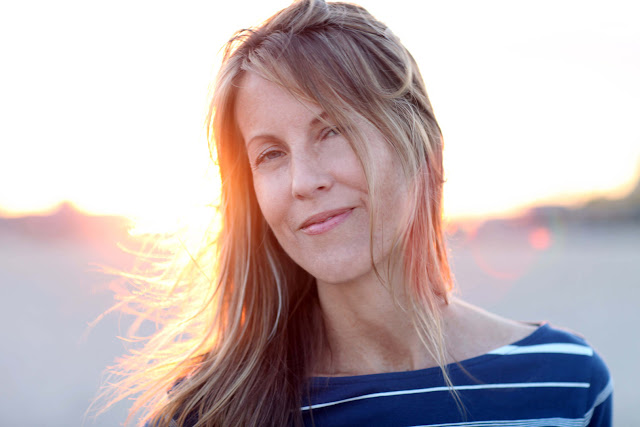 Last week, after I posted about the new web site, 'Chance', I started realizing that I had a lot of questions for the master mind behind this little slice of wonderful. The real Chance Girl, founder & creative director Julia Leach, was kind enough to indulge me.....

I'd love to know a little more about your background. Most of us know that you are the former Creative Director at Kate Spade, how did you come into that position ?

I've been interested in graphic design and the collision of art and commerce since I was in my teens, which led me to begin my career in advertising. I'd also developed a distinct sense of style inspired by my mother's bohemain sensibility and my more traditional grandmother. Straight out of college I worked at a very dynamic ad agency, Chiat/Day, where I met my mentor, Jay Chiat. I spent six exciting and enriching years there and established a great network of friends and colleagues while building the foundation for everything that's followed professionally. After C/D, I went on to work at PAPER Magazine, launching their website and, once again, being surrounded by amazing creative people. After a year there, Andy Spade called - we'd met while we were both working at Chiat - and asked if I'd be up for joining him, Kate, and their two partners at kate spade. Even though the company was quite young, I saw its potential and decided to jump on board. It was a great eleven year adventure. I'm very happy that now all of my interests and experience can be channeled into Chance.

Your new online business, Chance, has quietly hit the internet with storm. How long has this been in the making?

I had the broad idea - a brand that starts with the signature striped t-shirt and radiates out from there into a whole world of product and creativity - seven years ago when I found a red & white wide striped t-shirt in a vintage shop in Paris while visiting my mother, who's lived in France for many years. Like many others before me with entrepreneurial ambitions, I turned the idea over in my mind, put it on the shelf for a while, let it evolve and clarify, then decided it was time to take it from a concept to a business in late '09. I sketched out the stripe patterns on Christmas Day in Mexico, and started working with a technical designer and production person in January 2010. It was an intense eight month sprint to create a collection from scratch - all the fabrics are custom - and develop the ancillary products (beach towels, espadrilles, scarves, etc.), especially as I don't come from a formal apparel design background. I learned, though, that if you have a clear vision and enjoy team building, that and "intelligent naïveté" can be an advantage. That and a strong work ethic, which I have thanks to my parents.


"...if you have a clear vision and enjoy team building, that and "intelligent naïveté" can be an advantage."


Was it intentional to create a site without much press or an apparent campaign leading up to it and then hope that folks would find it on their own?

For the most part, yes. Originally, I had hoped to launch by Memorial Day so I'd have the summer to seed the concept, but by March (or was it April?) it became clear that this goal was completely unrealistic.  Usually it takes at least twelve months, if not more, to build out a line, so I revised the schedule and set the launch for resort '10. This has turned out to be one of the most advantageous shifts of the start-up process. Soft launching in August has allowed me to quietly get the word out, get product into people's hands and hear their feedback, meet with editors, and generally prepare for the official debut during the holiday season. I've always wanted Chance to be a discovery brand - the type of business that people happen across without a big marketing blitz - and that's turning out to be the case, which is very rewarding. I think I've also avoided some of the pitfalls that come with debugging a website and managing customer service when there's a big campaign from Day One. 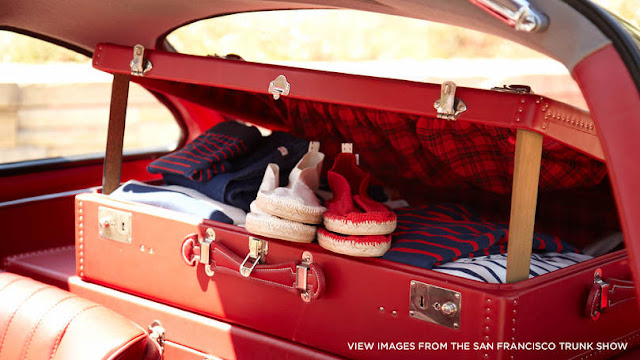 Where did the name 'Chance' come from?

I'd been thinking about names for several months, and then while watching "Being There" I heard someone say of Chance, the Peter Sellers character, "He has a peculiar brand of optimism." In that moment, it clicked. Chance and my point-of-view is all about optimism, adventure, independence, a simple kindness, so there's a parallel to the movie's message, generally speaking. It has nothing to do with the character's style (he wore a top hat and overcoat for much of the film) and a lot to do with the film's attitude and perspective.


"Chance and my point-of-view is all about optimism, adventure, independence, a simple kindness..."


The site has so many aspects, music, video, photography, that you don't realize that it's an "e-commerce site".  A site on which you can actually buy something. How often are you updating the content?

The product will be updated with a tight assortment of holiday items in early November, but the product that's there now is very much a debut statement (see previous note about the resort launch timing). Of course, going forward into Spring '11, there will be perpetual newness in terms of seasonal collections. As for editorial content, I'm posting Discoveries in batches of four once a week or so, more often if I'm excited about something, and the home page and other elements will rotate roughly once a month.  Since the concept is still so young, I don't have an urgent or specific schedule, although I definitely want the content to stay fresh. I think it's nice to let it happen organically and surprise people who have started to come back for more. It's been fun to sense a following developing around Discoveries, the product, and the brand in general. 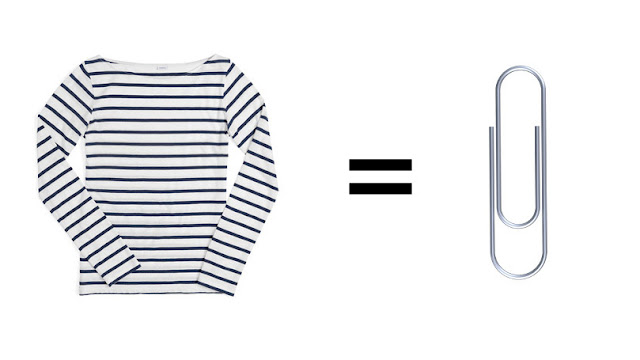 Did you really begin the collection with basic, striped shirt? Can you tell us a little about that?

Yes, I did. I found a great old vintage piece (see above) that's similar to the red & white stripe classic t-shirt in the launch collection. I'd been wearing striped t-shirts for years and realized that other than St. James, a classic French company, there isn't a modern brand that owns this item as a core product. To me, it symbolizes a creatively lived life and an appreciation for design, simplicity, and travel - all of which inform my own lifestyle, and being a narrative thinker, I knew I could build a world around it. I really love how elementary a great, classic striped t-shirt is, yet it also represents endless possibility.


"I really love how elementary a great, classic striped t-shirt is, yet it also represents endless possibility."

Chance, represents such a specific lifestyle. It seems to package that concept of the well traveled, waspy, bohemian artist who enjoys good solid, simple design. Is the Chance girl an extension of you and your lifestyle?

Yes, she is - the Chance girl and the Chance woman. I was blessed with wonderful, creative parents (my father was a potter and my mother is a writer and artist) who, despite our modest means, provided me with a very rich childhood. They didn't spell it out, but they always made me feel like a much bigger world existed outside the tiny farm town where I grew up. Being from Minnesota, I was also exposed to great Scandinavian design from an early age, and my mom and dad appreciate both the fine arts and solid craftsmanship. In fact, my mom was a docent at the Walker Art Center in Minneapolis, and my dad was on the verge of becoming an architect when he discovered pottery in the '60s. The only word I'm not so comfortable with is "waspy." I view Chance as a very international sensibility and want to ensure that, over time, it's very inclusive of different cultures and ethnicities.

The site is Beautifully art directed. Did you have a hand in the design of the site?

First off, thank you. I couldn't be happier with the site, and even more importantly, visitors and shoppers seem to like it. To your question, I'm not a formal graphic designer, but it really is my passion, and I come to all projects with a strong sense of design at the forefront. I brought a sketch for the structure and spirit of the site to Mindy and Danny at The Bear Cave (thebearcaveweb.com), and they took my direction and ran with it. I love the process of collaboration and have Mindy and Danny to thank for interpreting the Chance sensibility so perfectly. I'll have an on-going creative dialogue with them, for sure.

It seems to me that the sky's the limit on what you could create from this platform. A children's line, a store front, a magazine, a book.....Do you have anything in the works that you can share with us at this time?

It's true...I have so many ideas for how to continue telling the Chance story, but it's important to take it one step at a time...to let the brand's arc happen naturally and in an authentically inspired way. For now, I'm excited about introducing a few special items for the holiday season. Perhaps the most special is a limited edition series of photos by Jarret Schecter. He captured a side of Paris that's very intimate and poetic. Not postcard perfect, but very personal. The prints will make a very special gift. Beyond that, the priority is finding and opening a small store front. I can't wait to find the perfect imperfect small space to call home...a place the will allow people to get to know Chance in all its dimension. Beyond that, yes, I really do believe the sky's the limit.


Thanks so much, Julia! I,  for one, cannot wait to see where this all goes. It's everything I love, packaged in one place.

If you haven't been over there, go. now. It's truly an 'experience'
Chance

Karen @ BonjourBruxelles said…
love, love, love this. she's really on to something here - just sticking to what she loves and sharing it with everyone. And terrif interview, Megan.
Tuesday, September 28, 2010 at 7:55:00 AM PDT

beachbungalow8 said…
she is on to something. I foresee this as being right up there with J.Crew but in a more integrated way.

The lifestyle that's been packaged by Chance, is so timely with it's ease and intelligence. Nothing fussy, classic with a gentle edge. Who doesn't want to be the Chance Girl?
Tuesday, September 28, 2010 at 9:03:00 AM PDT

French Basketeer.com said…
Right on, Julia & Megan! There are so many things to love about this interview and I haven't even visited her site yet :) Julia is a real inspiration to all entrepreneurial & creative women....just loved all those little pearls of wisdom....
Tuesday, September 28, 2010 at 11:48:00 AM PDT

the style, the photography, the music...the way of LIFE.
enjoyed this read over my coffee this morning.

Karen said…
It's so refreshing to read the background on a growing, new business. I enjoyed the Chance website---thank you for introducing her to us.
Wednesday, September 29, 2010 at 8:39:00 AM PDT