a little taste of the South at the beach 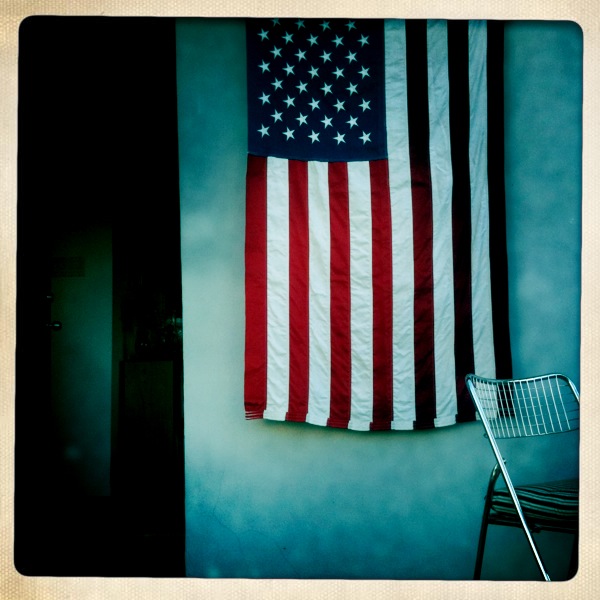 Sunday afternoon, our good friends included us in  a birthday partay celebrating the guest of honor/hostess' Southern roots. This couple ( two of the most creative people I know) always throw a visually thoughtful and beautiful shin dig, rife with super interesting people (not patting myself on the back. swear) . 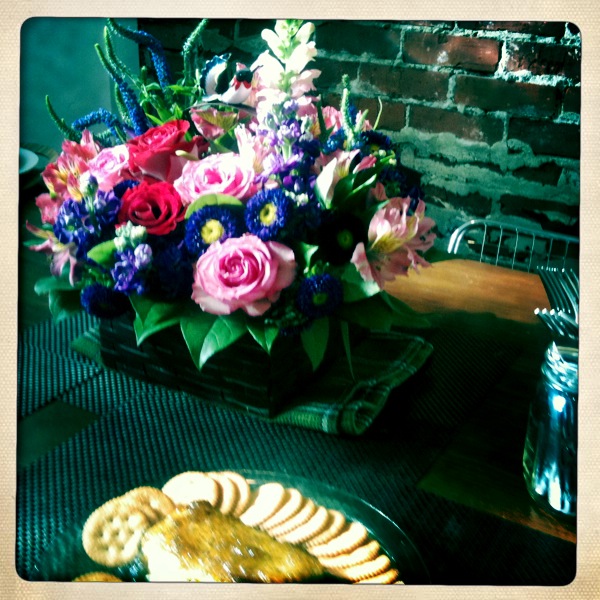 Yesterday's fiesta was no different. On the stove top, after 2 straight days of cooking, was the hostess' mother's, Georgia family recipe for an Autumn favorite, "New Brunswick Stew". 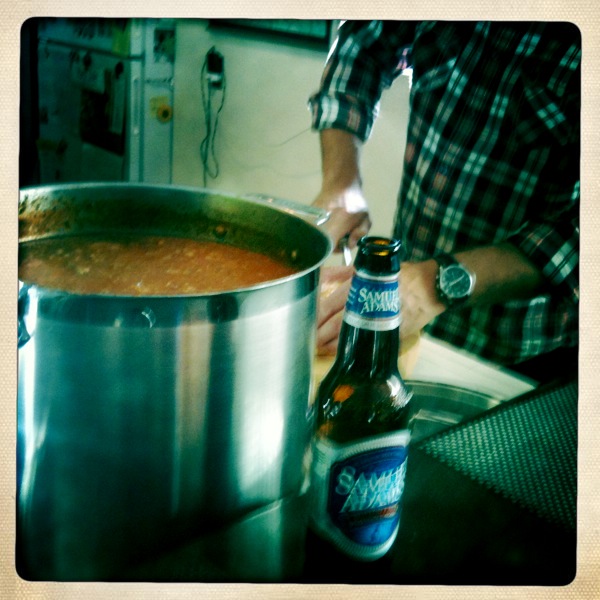 And just to keep it all in the down South way, this savory stew was teamed up with delicacies like cornbread, pepper jam, pimento cheese (home made as you cannot find such a thing in the markets here), brown-sugar pecan and strawberry-rhubarb pie and beer served up in mason jars (which she has an ample stock of since her mother sends her all kinds of pickled veggies - they like to serve these in a Bloody Mary) 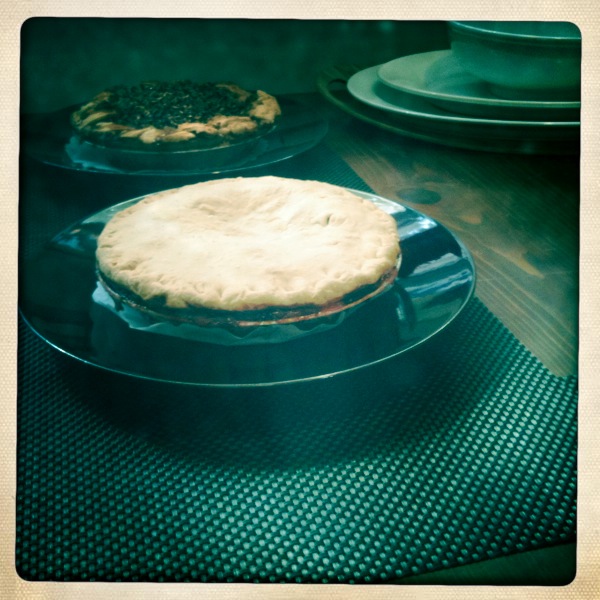 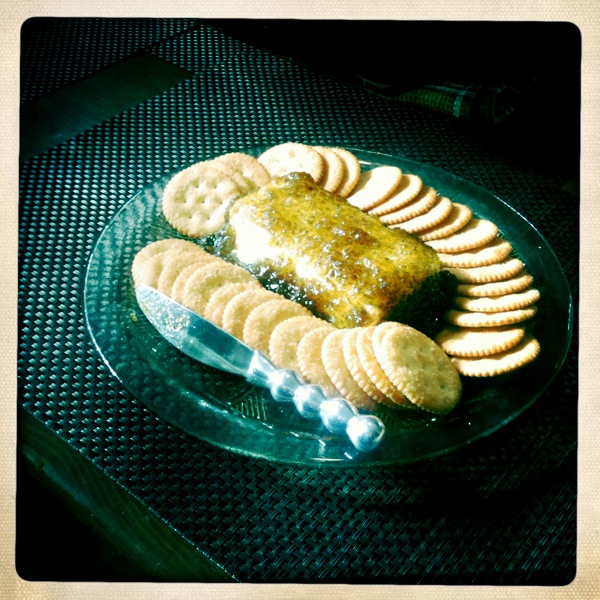 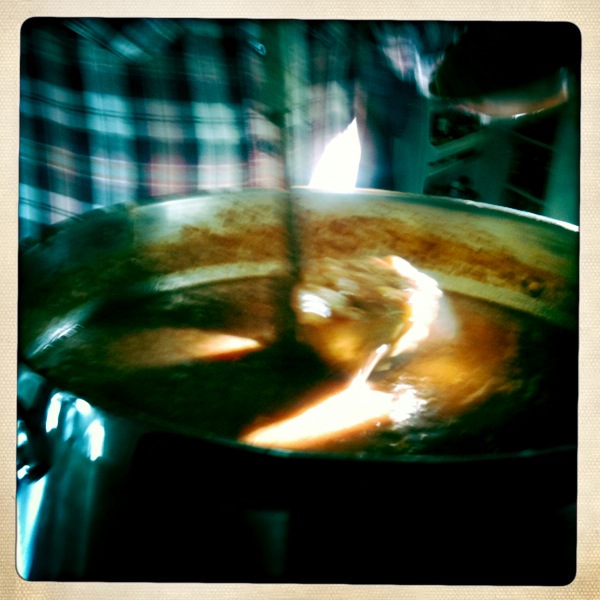 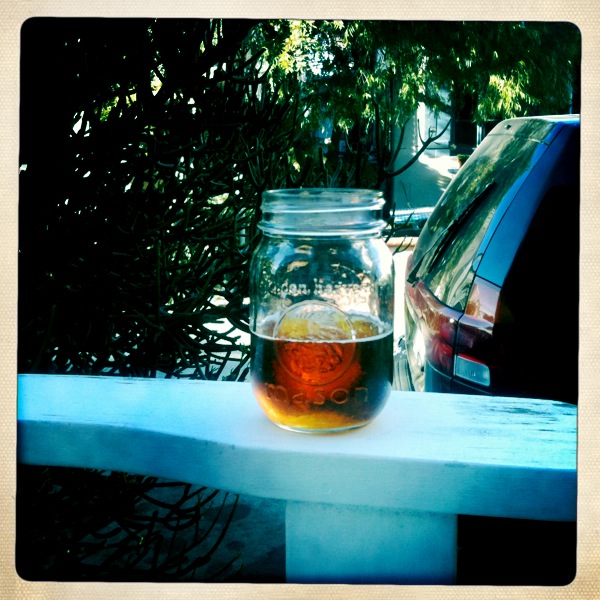 If you're unfamiliar with New Brunswick stew, as many a Northerner and those residing West of the Rockies seem to be, it's a hearty tomato. meat veggies based stew that originally included local game such as squirrel and rabbit but now a days contains chicken and sometimes beef.  Brunswick stew was named for Brunswick County, Virginia. Apparently, in 1828, Dr. Creed Haskins of the Virginia state legislature asked for a special squirrel stew from "Uncle Jimmy" Matthews to feed people attending a political rally. Actually there is no one recipe for New Brunswick stew, and the contents seem to vary by region.

Of course I knew not to ask the hostess for her family recipe so I'll just give you the one that I make. It's really a great Sunday afternoon with friends kind of meal. Of course if I were Eddie Ross, I'd be serving this up in pewter bowls that I picked up at a New Hampshire Goodwill for $5.00.As most recipes makes it in huge vats, you'll have a lot left over to send home  with your guests in Mason jars.

all spices are to taste.

Cook beef in a large covered pot with 2 quarts of water, salt and red pepper. Simmer about 2 hours, until very tender. In another large pot, place the chicken and enough water to cover chicken and bring to a boil. Cook chicken until meat falls off the bone, approximately 45 minutes. Drain the chicken. Remove the skin and bones and shred meat (you can also run it through the food processor).

You can pour this over rice or add Corn Bread dumplings on top. Add Mason jar of beer and eat.

Life of Style said…
Great post, being from the South, VA and NC I have fond memories growing up of preparing Brunswick Stew in black cauldron pot over a fire...stirring and cooking it for hours. Delicious!
Monday, November 15, 2010 at 5:58:00 PM PST

Karena said…
Yum and how fun a party just right, relaxing and enjoyable!

I hope you will come enter my giveaway from the Empress of the Eye!
xoxo
Karena

Anonymous said…
Everything about this stew sounds amazing... and we love the pictures too!!