Marimekko in the Morning

Yesterday morning, after packing lunch boxes, feeding dogs, children and man (which includes force feeding the fore mentioned green juice )  dropping kids off at school, filling up the gas tank ( 95.00 bucks....b. jezus.) I sped up to Crate & Barrel at the Grove and was treated to a morning of Marimekko. On my drive, I chatted on the phone with my mom who reminded  me that Marimekko is, truly,  a modern classic that's been around for at least 50 years ( turns out it began in 1951 ) 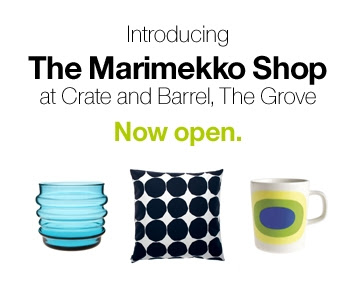 Brought to the U.S from Finland by retailer and architect, Ben Thompson and featured heavily in his Cambridge, Mass retail store, Design Research the line gained instant popularity. 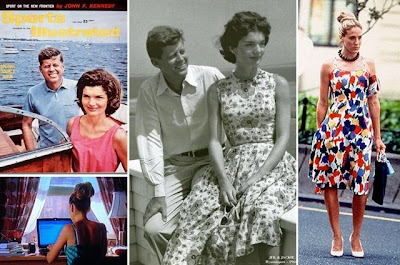 Joyful, modern and graphic the patterns appealed to everyone including Jacquelin Kennedy, who bought eight Marimekko dresses which she wore throughout the 1960 Presidential Campaign. That's like Oprah suggesting a book. The line took off instantly.

I read someplace or heard somewhere, that SJP wore a Marimekko bikini, dress and curtains on Sex and the City (which I don't remember or maybe never saw) but look above! this little montage that I found proves it. Stylists know, that a classic never loses it's hipness. 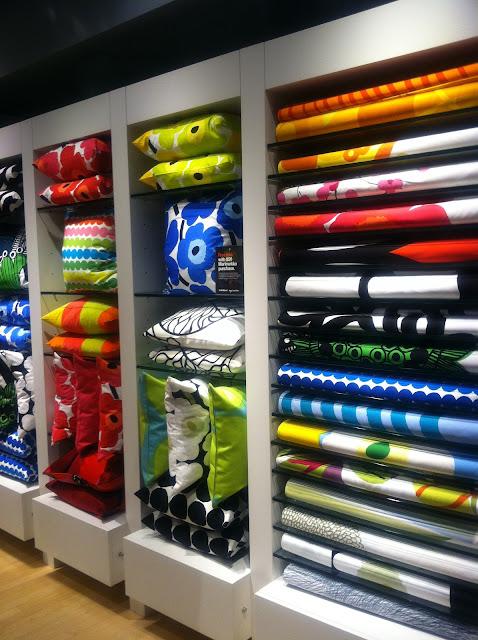 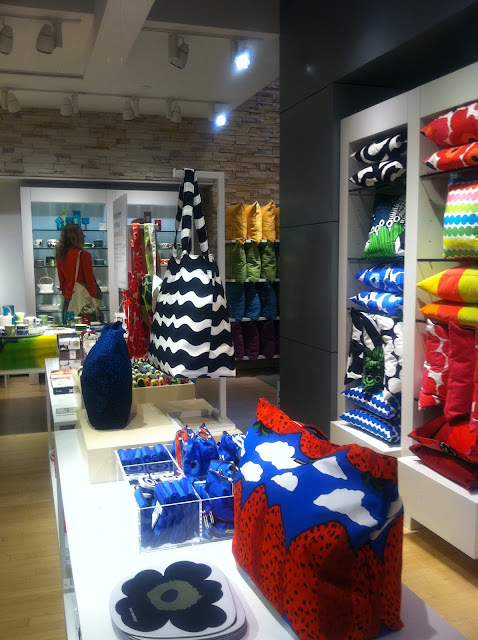 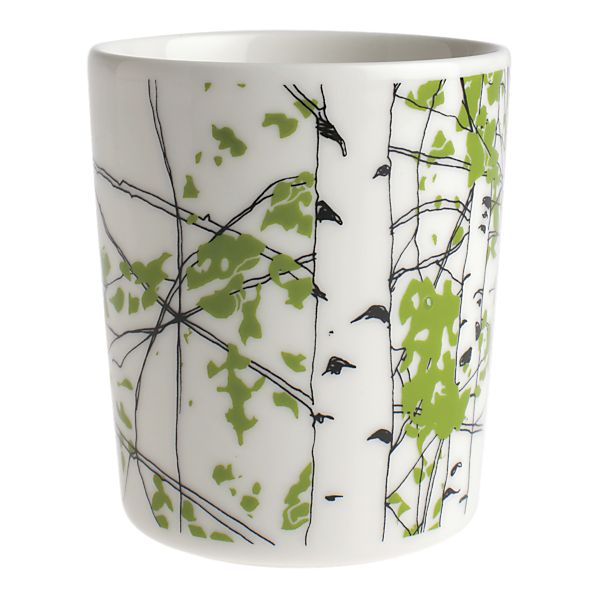 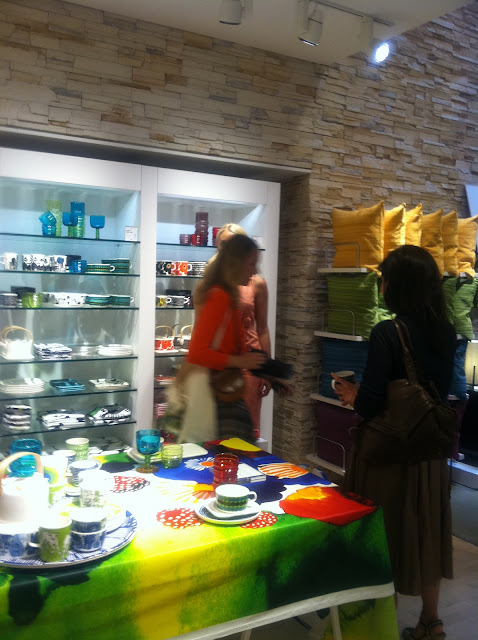 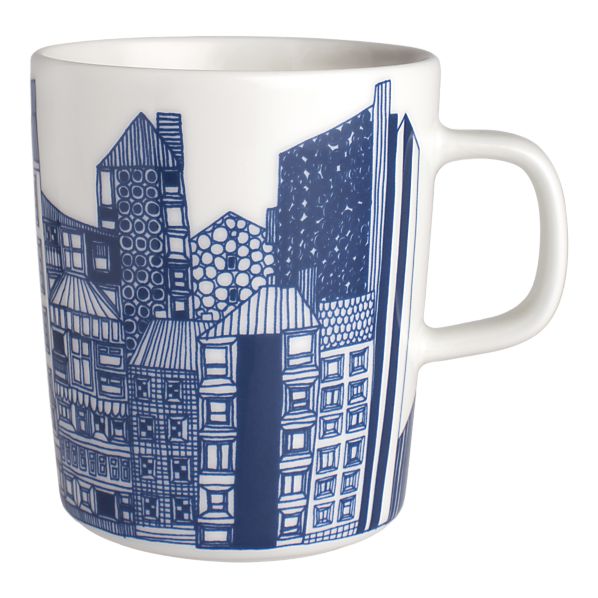 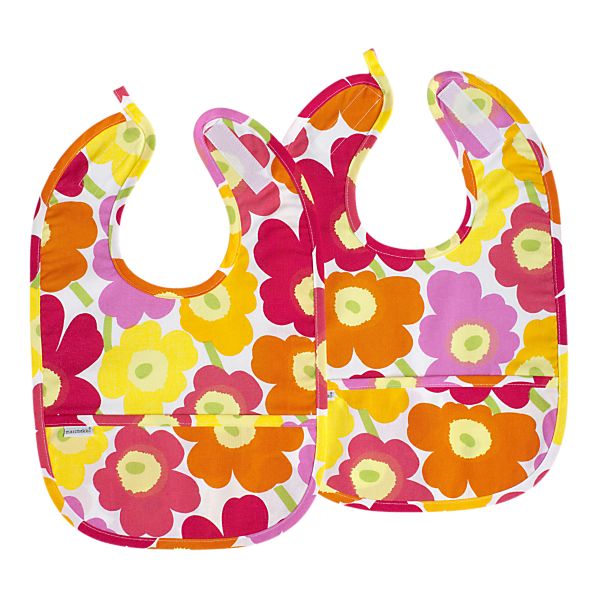 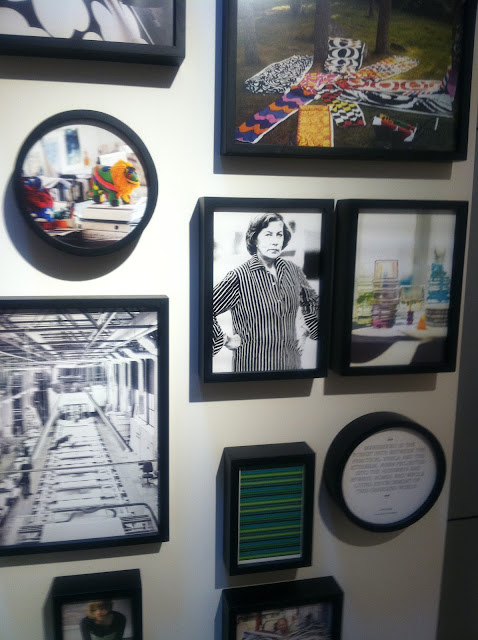 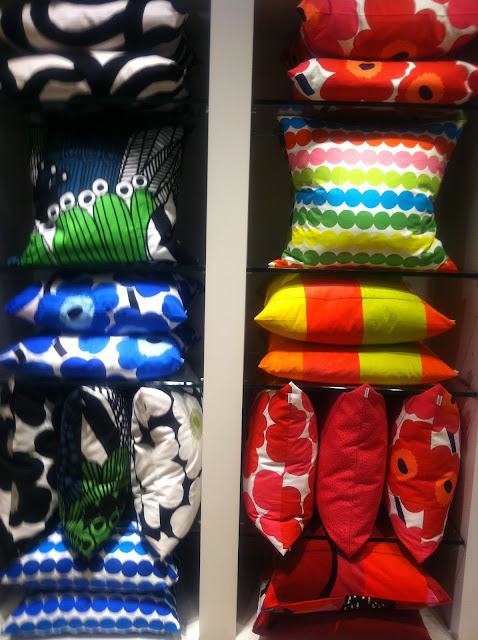 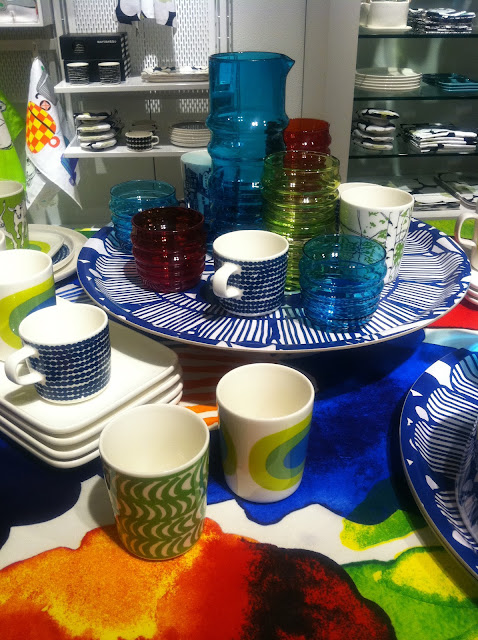 Back to the Cambridge shop, Design Research. Design Research was the influential blueprint behind Crate & Barrel - who brought Marimekko in as a staple for the store as well. All of these years later, Marimekko's creative sensibility still remains to be a major thread through CB's success. Yesterday marked the launch of Crate & Barrel's, Marimekko, store-within-a-store. The shop will be carrying exclusive items and fabric by the yard, including oil cloth which is the perfect answer to upcoming beach picnics and patio parties. 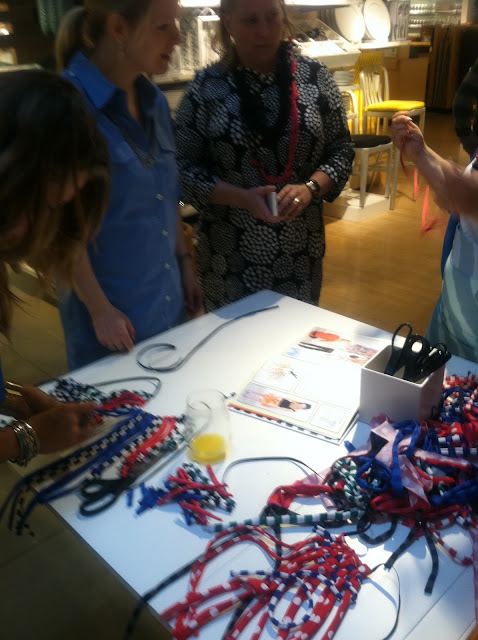 The store set up a table with strips of Marimekko jersey knits. Like a camp-within-a-store. We made necklaces, n' stuff. 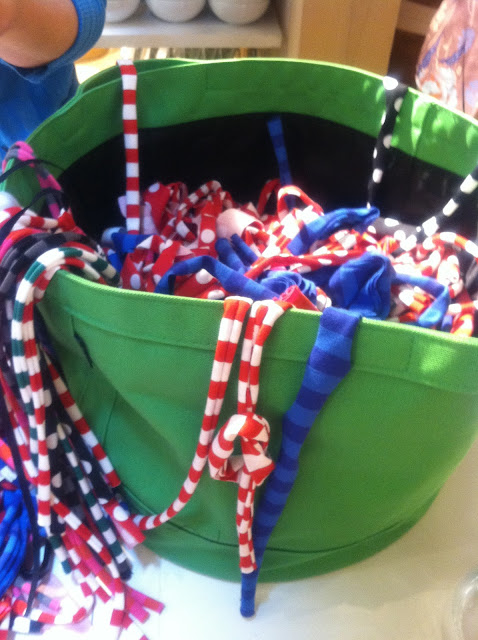 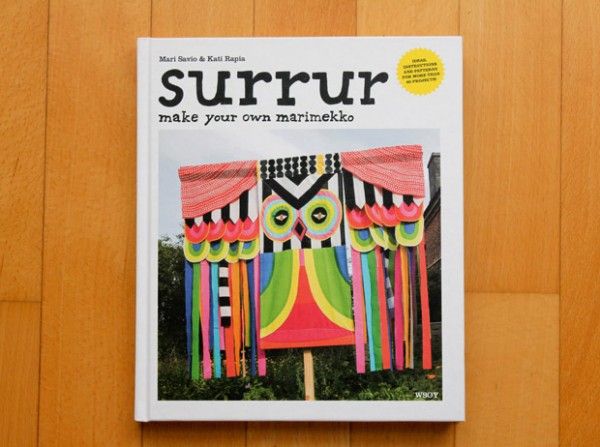 For all of you DIYers they've produced a book that you're not want to be without. Surrur is full of sew and no sew ideas to make your own Marimekko. 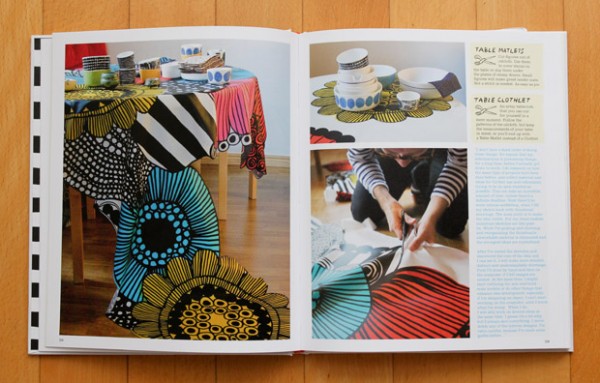 
If you're a shut-in or spend way too much time at your computer (as do I) they also have an online store. click here and then go out and get some fresh air.