"I live in Brooklyn. By choice." - Truman Capote 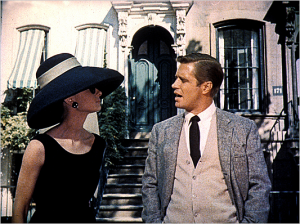 I found this mildly interesting. But I know I'm in the minority of being bored with the whole, Breakfast at Tiffany's obsession. And I'm always a sucker for looky-loo, historical house tours of sorts.

Here's an inside look at the digs for those of you, not so jaded as I: 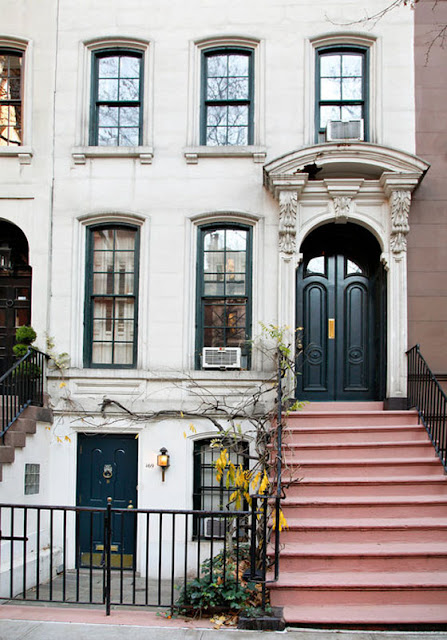 The Upper East Side brownstone is currently owned by  Peter Bacanovic , of Martha Stewart insider trading infamy. He bought it in 2000 for 1.88 (more like, 'snagged it'. I had no idea prime property in NYC was going for that 12 yrs ago ) and has it on the market for:  $5,850,000.00. Here's the skinny if you need more deets 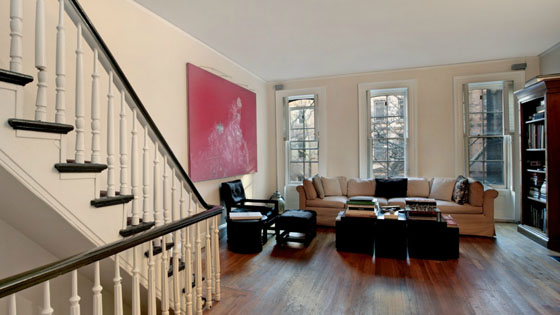 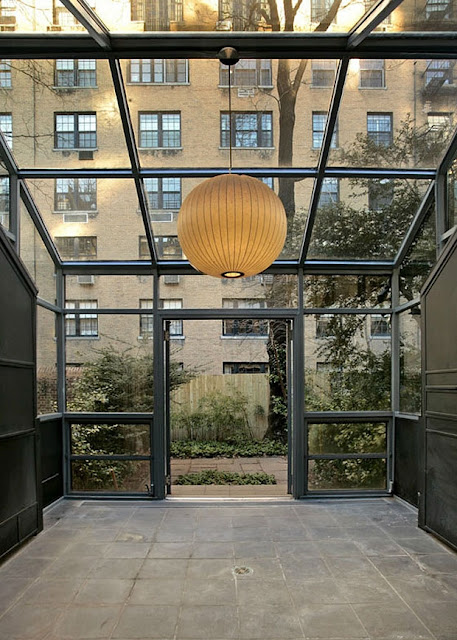 The party scene, and many others, were filmed on a sound stage about 10 miles from where I sit typing this. But look at 0:16 in the film below (try to ignore the, very un-P.C. Mickey Rooney in 'yellow-face')  at least they tried to recreate the actual interior . 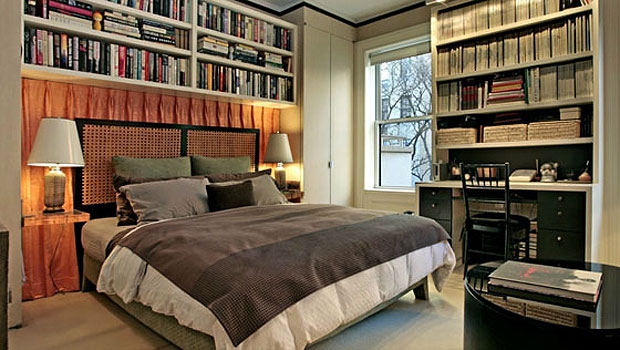 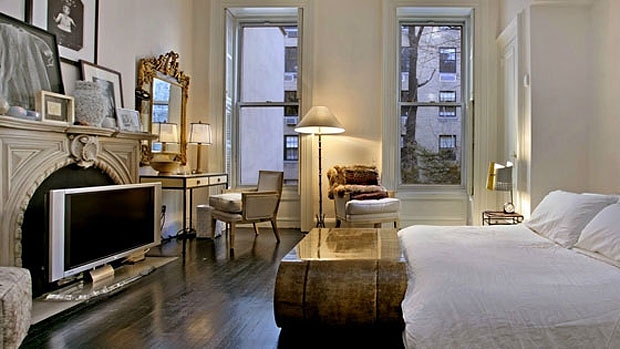 how's that flat screen treatin' ya? Nothing like highlighting a beautiful fireplace by shoving a panel of modern technology right in there.

and by odd coincidence, the town house in which Truman Capote lived,  while writing Breakfast At Tiffany's, is also on the market. 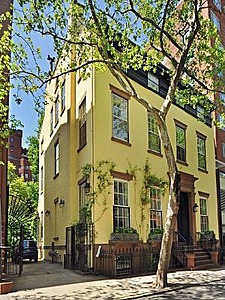 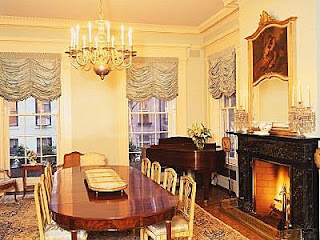 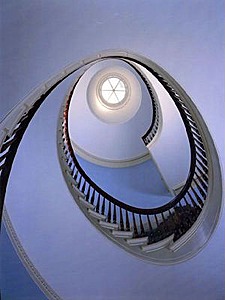 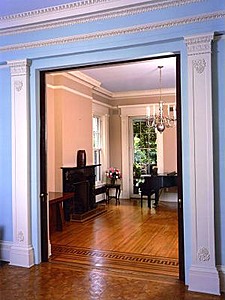 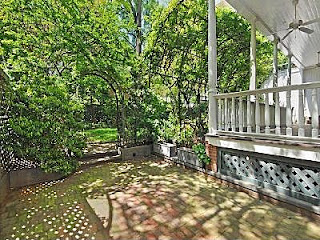 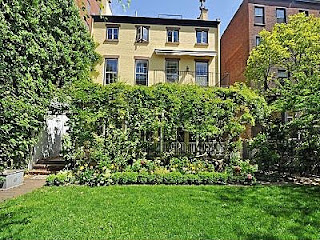 Capote lived in the Garden Apartment for ten years.  It's yours for $13,995, 000.00. Of course, it never matters what it is, I always choose the most expensive.

Ashleigh Weatherill said…
Would it have killed them to remove that beast of a TV (in the bedroom) for the sole purpose of improving the the photograph?
Wednesday, January 25, 2012 at 10:35:00 AM PST

England Furniture said…
Thank you for posting some pictures of this house from Brooklyn, NY. The old style on the outside combined with the modern look of the inside could be interesting to some.
Monday, January 30, 2012 at 8:08:00 AM PST

The Glamorous Housewife said…
Loved this post. I adore seeing how interiors change over time.

Sara said…
I am a goof, so I love B.A.T's and have since I was a teenager. Every time I hear Moon River, my eyes water.

I love Brooklyn, but I have to say, there's just something about being in NYC. We live about 40 min away so daytrip a lot, but I wish, sometimes, that I'd moved there right out of college and checked it off my list, now, I surely can't afford to retire there. wa.
Thursday, February 2, 2012 at 1:25:00 PM PST