Skip to main content
March 13, 2012
After the recent death Alice Mogensen, wife of the prolific and iconic Danish designer Børge Mogensen, a series of photos were released giving the public a documented look into the home of one of Denmark's most important designers, kept in posterity as it was circa his death in 1972.

This  photo tour, has made its rounds on the design blogs for sure. But, it was new to me so I'm hoping, new to a few of you.

It's no surprise that the home of, prolific Danish furniture designer, Børge Mogensen, has garnered so much attention, here, once again, lies a monument to the fact that great design is timeless.

I'm particularly fascinated with the designer's, obsession with designing storage solutions for the home that are actually part of the house design and based on how they will be used, rather than just pre-packaged big box pieces that meet the measurements.  Below is a shot of the kitchen whose cabinetry was installed over 50 years ago. See what happens when you invest in good design?

( Growing up in a house with an architect-father, these were the kind of ideas that were often discussed and impressed upon us. Pretty on the outside is not equal to good design. The Fibonacci series and all that good stuff often made for casual conversation , if you got my father started after a well poured 'libation' ).


"innovative studies in how the size and proportion of objects should influence their design, Mogensen, collaborating with Grethe Meyer, produced a project in 1954 called the Boligens Byggeskabe (Construction Cupboards of the House), which introduced the idea of building shelving and storage units as part of a room, rather than purchasing and placing them in the space" 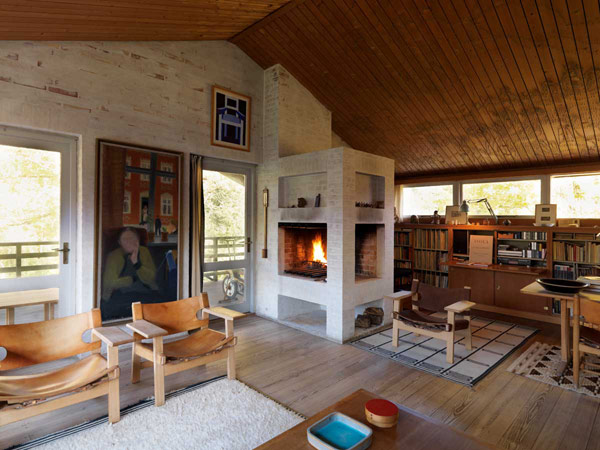 Are you clicking these shots so as to get a better look at the art? Ya, I was too. The blue painting above the door is painted by Albert Mertz. The large is by Knud Agger. You can also, see the unfinished art work of Svend Wiig Hansen in the ceiling in the image above (to the right. It sort of looks like water damage from this shot). Which he did using nails while, reportedly, Mogensen lay on the floor eating cake and keeping him company. 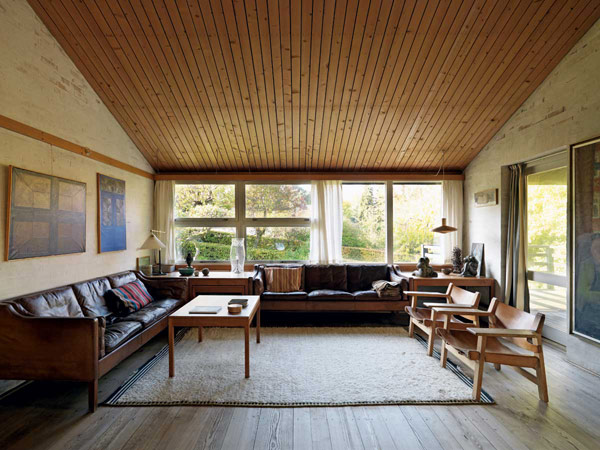 Note a few of the first prototypes of Mogensen's Spanish Chair sit in the home, 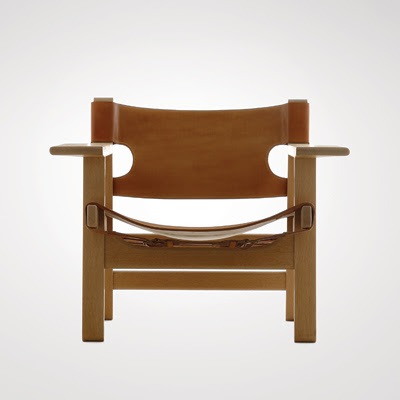 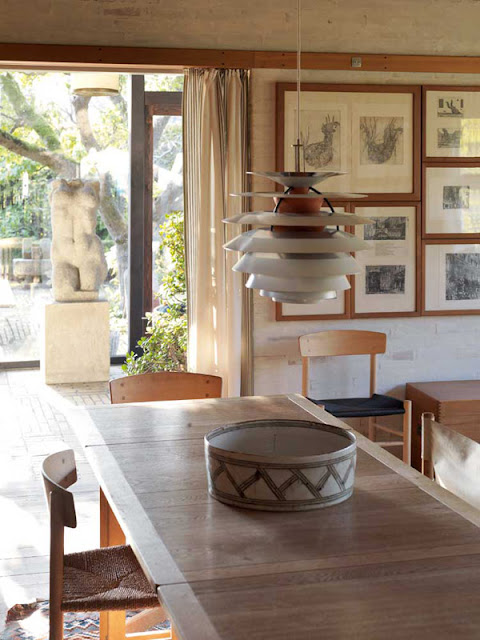 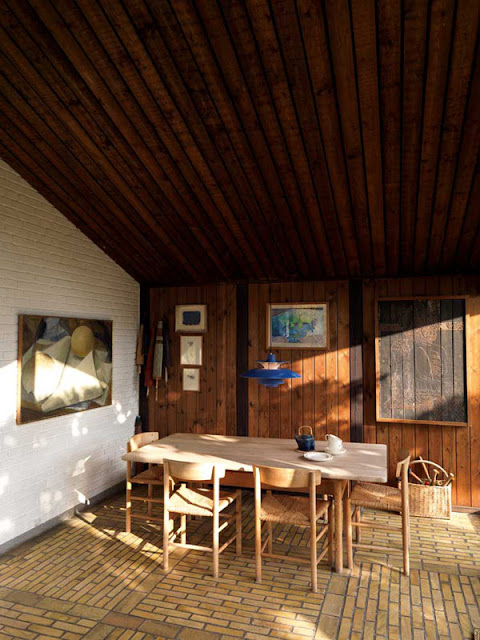 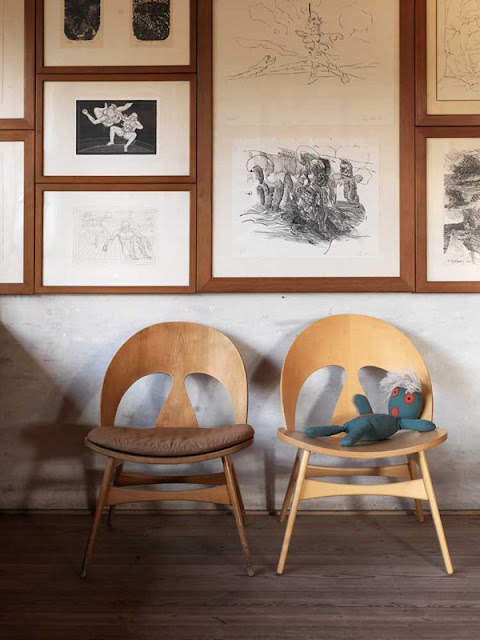 The house sold to someone. Let's just hope that they appreciate their treasure (and god, please, let's hope they didn't rip out that kitchen and replace it with ikea)

And a big thanks to the Danish design blog, bo bedre for introducing us all to this tour.
Email Post

Anonymous said…
So simple and timeless. The house should be left as is, and hopefully like you said, the new owners appreciate that. I love the drawing room and the built in shelves throughout the house. Teri
Wednesday, March 14, 2012 at 7:01:00 AM PDT