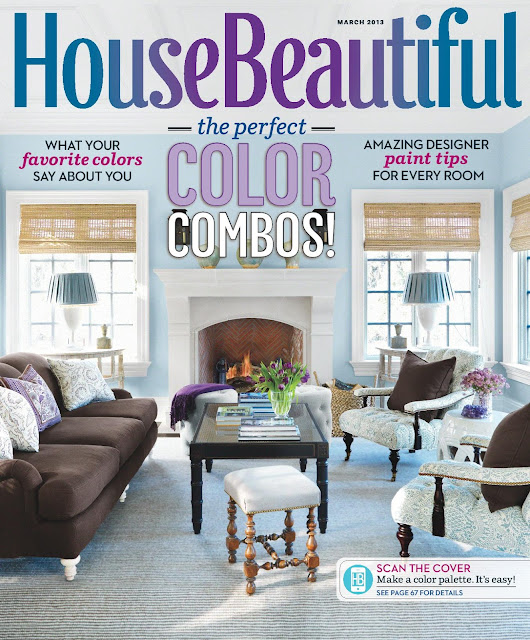 I'm super excited to have been asked to be a part of House Beautiful's social media/scavenger hunt event called, "Beautiful in Black & White".  In celebration of House Beautiful’s March 2013 “Color Combinations” issue, the magazine is coming to Hollywood to launch its tribute to the most classic color combination.

And here's where it gets really fun: a scavenger hunt involving amazing furniture.  Who doesn't love a scavenger hunt?? And, as you can imagine, when an entity like House Beautiful throws it, you know the treasure is going to be beyond bountiful. Let me esplain.

Starting on March 5th, the elves at HB will be placing chairs all over L.A. They and I, will then be tweeting clues as to its whereabouts. If you find the chair, you'll then have to answer a few trivia questions. He who gets the most correct first...wins the CHAIR!- so quick, click over to Twitter and add @housebeautiful and the hashtag #hbchairs, then come back because there's more.....

Back? ok, here's where I come in.  A few other bloggers and myself, have been invited to choose a chair and relate it to a, classic black and white Hollywood film.  Here's the chair: 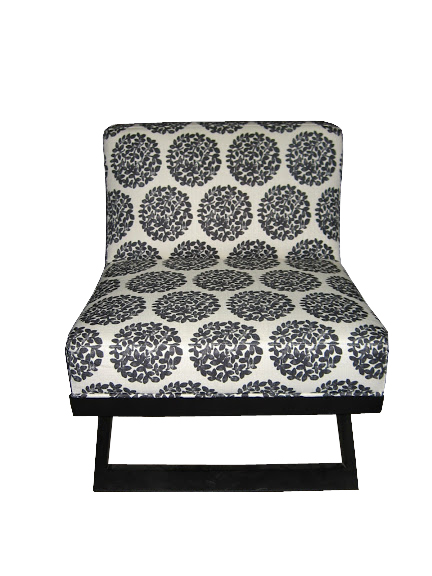 Pretty sweet, eh? And if you live in the L.A. area? free. Well, free if you can find it first and answer some trivia questions, second.

"A slipper chair with artisan roots, the Tori proves that long-lasting good looks are in the details. With a base that recalls a draftsman’s or architect’s desk, the chair and matching ottoman form a memo­rable team – or function beautifully on their own. Welting around the frame adds subtle polish, and cushions with no seams in the foam or seat underscore the clean lines."


And which film did I choose?  I took, 'The History of Black and White Film' in college...but that was a very long time ago and frankly, after the lights went out in the auditorium I either slept or ditched.  SO I had to do a little research and really, besides the obvious ode to architecture, ' The Fountainhead ' (which is too morose and heavy) I had a struggle connecting this, great take on a traditional-gone-modern, to a classic film.

Until I thought about, the relationship between Nick and Nora of the movie, "The Thin Man". 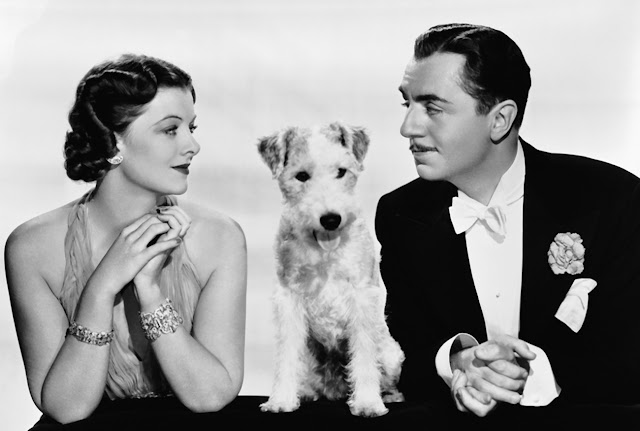 The relationship of the characters, at the time (1934), revolutionized the portrayal of marriage on screen- previously portrayed as earnest, virtuous, and staid - they invigorated it with youth, irreverence, and sex appeal. The Tori chair is exactly that. American Leather has taken the Slipper Chair and re-created the lines to resemble a youthful energy; making it modern and fun while remaining structured.

You still with me? Good. Because you'll have a better chance at winning this awesome little perch. Once again, here's the 411:

March 5, 2013- I'll (and @housebeautiful) will be tweeting with exclusive clues that we will provide hinting where and when the fabulous—and free—American Leather Tori Chair will be placed.

*hint*hint* trivia questions will be based on some of the details I've mentioned in this post!

Unknown said…
I haven't gotten my copy yet... It's not big deal though, it's not like I can go over to an interior design NJ store to window shop. My neighborhood has three of them for some reason!
Friday, March 8, 2013 at 6:27:00 AM PST