bed, bath & beyond high thread count sheets, are not. 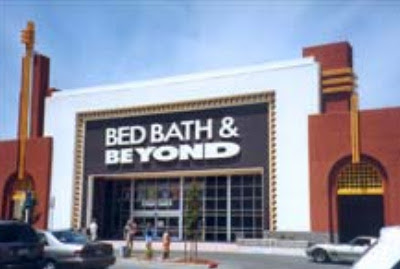 i've always been suspicious of discount department stores carrying 'high thread-count sheets' and now i feel vindicated: in february of 2003, massage therapist, april white purchased '800 thread count' sheets from bed bath and beyond for her massage tables (in an attempt to replicate the bedding at the ritz carlton) 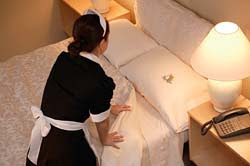 upon washing the sheets, she was immediately disappointed. they were scratchy. not lovely and hotel-y but here's where the story gets good (or just weird) she actually sent them to a TEXTILE FORENSICS lab to have the thread count TESTED. did you know such a thing existed? (see i actually teach you things on this blog) 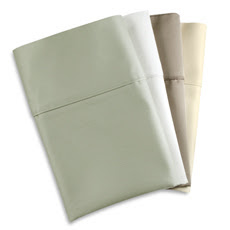 the result? 408. as one writer put it, bed bath and beyond has become, "the enron version of dry-goods" white's feeling was that bed bath and beyond was "preying on people by getting them to buy products for a higher price than they're really worth" so she sued them! and she now stands to receive twenty-five hundred and some lawyer fees paid. personally, a lot of work for a little reward. but i see that it was important to her. also: if you purchased bedding tagged, “plied,” “two-ply” or “2-ply” from Bed Bath & Beyond between August 1, 2000 and November 9, 2007, you may have a claim for benefits in a proposed class action settlement.
Email Post

Anonymous said…
2-ply is the clue here. Always look for single ply sheets as this is will be a true thread count. I recently purchased 1000 thread count sheets from Elegant Linens and they are wonderful. They're single ply Egyptian cotton sheeting from Italy and I've never slept on anything softer. Most bedding you see at stores like Bed, Bath & Beyond is going to be 2-ply and made in Pakistan or India. I learned the hard way that you really do get what you pay for. I got my sheets at: http://www.elegantlinenspc.com/1000TC-Bed-Sheets.htm
Wednesday, October 22, 2008 at 9:24:00 AM PDT