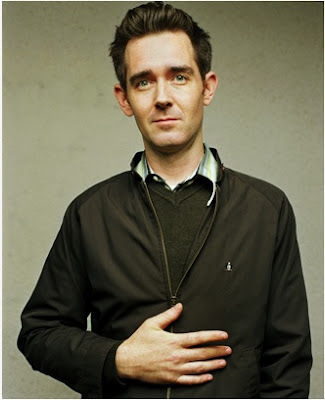 i was recently turned on to artist, jordan crane's (cerebral artist, sha-wing alert) work by my friend katy (whose guy is a feature film, storyboard artist extraordinaire) she and said 'guy' often spend weekends hanging out in comic stores and going to events like 'comicon' (which i may go to this year. it looks amazing) last summer, katy scored some of crane's fantastic silk screens at comicon and thus, led me to his art. 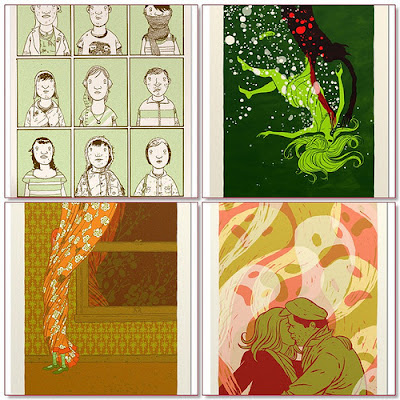 "Winner of numerous awards in the design and comic industries, Jordan Crane first emerged in the comic world in 1996 with the anthology NON. Crane edited, contributed to, and published Non, which has become known as that era's showcase for the most explosive young experimental cartoonists."-secret headquarters

i love this one. it's a poster he designed for a comic fest in portugal. and it's HUGE. there something about his work (even though it tends to be a wee bit dark, that reminds me of robert mcloskey's work)

i realized, that i had seen his work at feltclub last summer. he did the poster for the event: 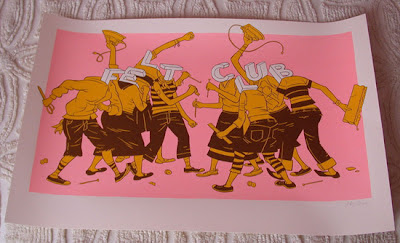 felt club, silk screened poster $30.00 and although i hate to even tease you (no longer available) with these crazy fabulous tshirts, i have to post them.

beachbungalow8 said…
it's such a great piece! and i love the title 'go to hell girl'