Production Designer, Beth Rubino on The Skirted Round Table 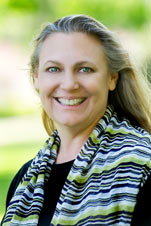 This week on SRT, join us as the creator of the most blogged about room {from the '03 film, "Something's Gotta Give"} in blog history sits with us. Another great conversation with one of the Great Designers of our time, Beth Rubino. 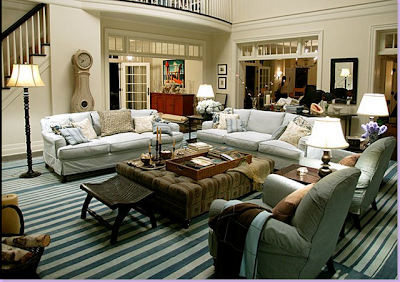 For those of you who read Joni or Linda's blog, you'll know how ga-ga crazy they've been about the rooms in both "Something's Gotta Give" and "It's Complicated". Seriously, like school girls. Joni would marry the SGG room if she could. So imagine Joni's surprise when she learned that Beth Rubino is not only about those sets, that we know and love so much, but is the insane power house of a woman, whose intelligence, knowledge, energy and creativity is unrivled. Her resume of films alone will blow you away. And while we were at it, she cleared the air for those of us in the naive camp, explaining the difference between a Production Designer a Set Director and a Prop Master.
Such a great chat and not to be missed.....
Email Post

Linda Merrill said…
I know! I do have to take second chair to Joni on that one. She WOULD marry that set if she could. Love your friend Linda (always the bridesmaid, never the bride!)
Wednesday, January 13, 2010 at 9:50:00 PM PST

Gwen Driscoll said…
Ooh, I can't wait. Saving this until I can listen uninterrupted. When, that will be, I don't know but hopefully this weekend. Hope you are well.

HAMPTON HOSTESS said…
I loved the decor from the movie! So Hamptons fresh and stylish. Imagine my surprise when the set graciously donated much of the living room furniture and accessories to a local Southampton charity (the Southampton Fresh Air Home) which auctioned them off at a big fundraiser benefit. I came home the beautiful blue cotton rug in your photo--it looks fabulous in my bedroom and an Oly Hannah chair. Great post!
Thursday, January 14, 2010 at 7:11:00 AM PST

beachbungalow8 said…
Linda,You'd be the par amour to the equation!

Read the incredible info on the above comment from HAMPTON HOSTESS!

Splendid Market said…
Wow! I can't believe the Hampton Hostess has that rug. I love the decor in that house. I've watched the movie with a notepad to record the things I love. I love looking over that list as I make changes in my cottage!
Thursday, January 14, 2010 at 10:22:00 AM PST

Whitney said…
We just watched 'It's Complicated' for the sixth time! Love the house and waited to see the ending credits...there was Beth's name! The house is fantastic and the layers of style, comfort, classic pieces together make for a wonderful home and wonderful life! Who needs him when you have a home and children like that! Great job!
Tuesday, January 18, 2011 at 7:54:00 PM PST