This week on The Skirted Round Table:: Stephen Drucker, Editor-in-Chief of House Beautiful 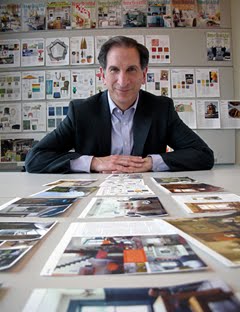 Some of you who listen to S.R.T., will remember back in August our segment entitled, "Who Do We Think We Are Anyway?" in which we discussed, the cover and questioned the title given to the Bunny Williams spread. 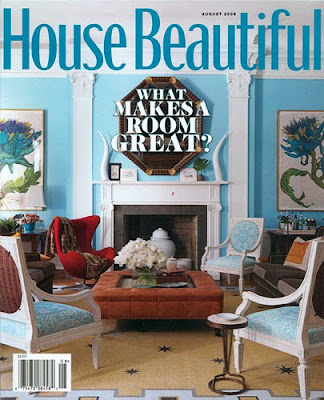 It sparked a good little discussion. There were those who agreed with us, and there were a few who felt we needed a good 'schooling'. But mostly, it opened up a forum for fans of the magazine to weigh in. We were particularly thrilled {and a equal parts frozen/giddy} when one comment came rolling in from the Editor-in-Chief of the magazine himself, Stephen Drucker {!!! } His comment read something along the lines of having an interest and willingness to discuss the room, the spread etc. with the three of us {and all of you good listeners} Seriously? We were sort of dying. OF COURSE we'd love to speak with him about it, why hadn't we thought of that ourselves!! And off we went to set things in motion.
Taped earlier in December, Linda, Joni and I sat with Stephen Drucker for another installment of The Skirted Round Table. The very warm, Mr. Drucker, gracious and charming as you can only imagine, chatted with us about House Beautiful, his 'no divas' at work rule, the December issue and this crazy gorgeous cover spread by Jill Brinson {This scan is terrible, sorry}: 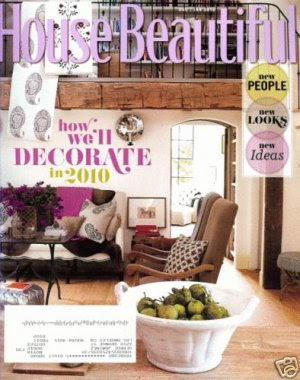 a much better look inside the cover: 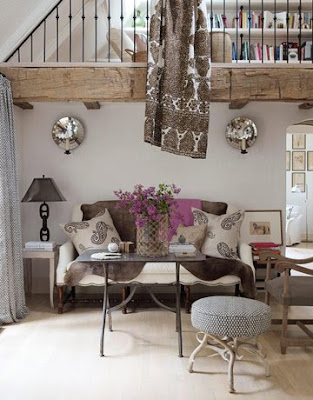 Come on over and join Stephen Drucker and with us at The Skirted Round Table.

mary said…
I've got SRT scheduled for this morning (I still dislike that room). Glad that you are back--hope the holiday was wonderful.
Tuesday, January 5, 2010 at 5:59:00 AM PST

Peggy and Fritz said…
I so loved this house in the magazine and their most recent issue was fabulous. I can't wait to fix my ipod so I can listen to this interview.
Sunday, January 10, 2010 at 7:44:00 PM PST