up in the air 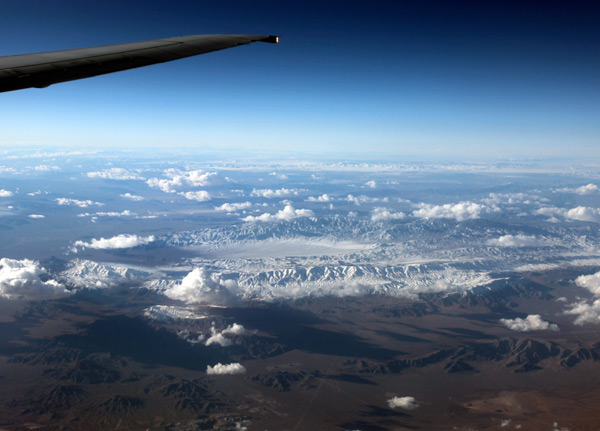 Last week I was called back on a family need, so last night, I hopped on a plane and headed Eastward. In recent years I've become a terrible flyer. I've always been a bit of an acrophobe and going up 33,000 feet completely unhinges me. And as an added bonus, as with all proclivities, it seems to get more pronounced with age. That said, I usually take a little 'mommy's helper' about a half hour before boarding. {I'm the woman, with the half lidded, putty face who barely moves when you try to climb over to the window seat.} 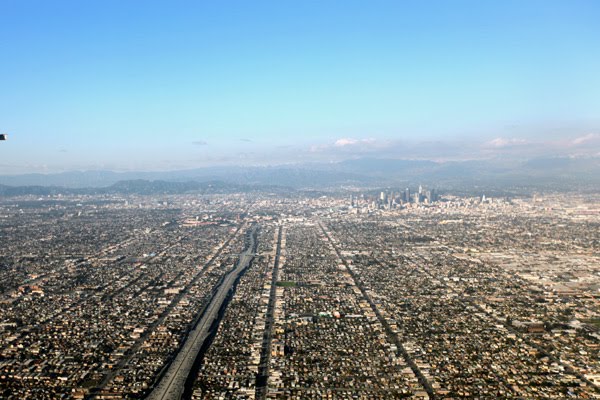 But this time, in the name of clean body, clean mind I boarded the plane sans medicated haze. Using the old mind over matter technique I watched out the window, trying to see this lofty perspective as art. Something to behold and find beauty in. As the ground beneath me grew farther away and Los Angeles became a serpentine of freeways, noodling themselves in and out of the tweedy grid work of the city I talked myself down from fear. 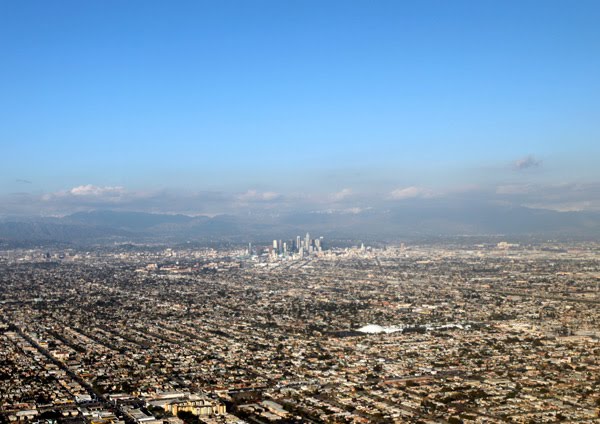 Out of the bowl and over the mountains we went. It worked. 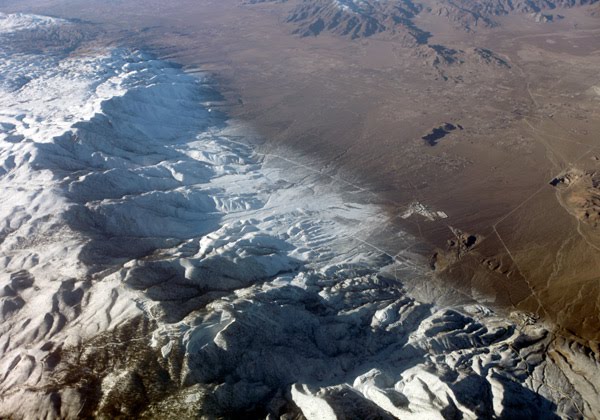 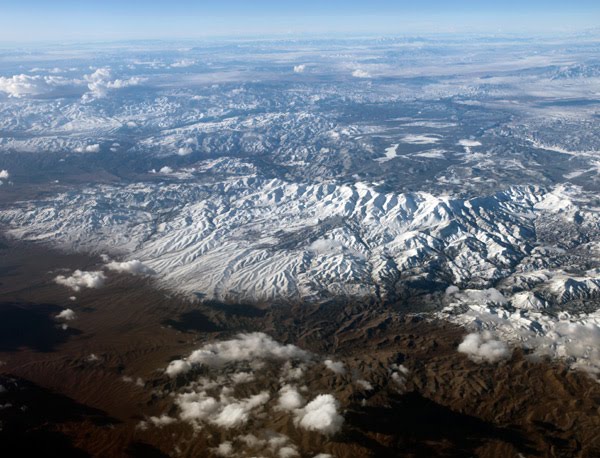 My arrival, at midnight was a 'trip' in itself. After I stood with the other passengers at the carousel, and everyone had walked off with their bags, I stood alone in the airport. Alone. Not another soul. Not even someone pushing a broom. NOBODY. 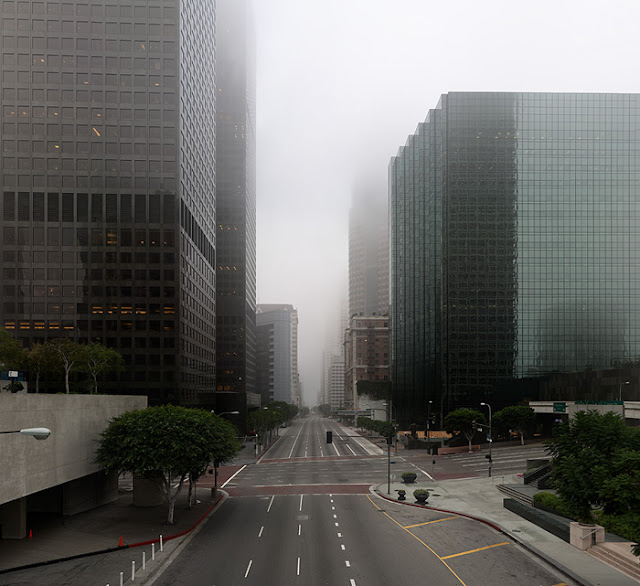 I walked out to the curb, complete desolation. Midnight, 30 degrees, hazy light under the fluorescents, an idylling Hertz rental-car van... but no Taxi Queue. 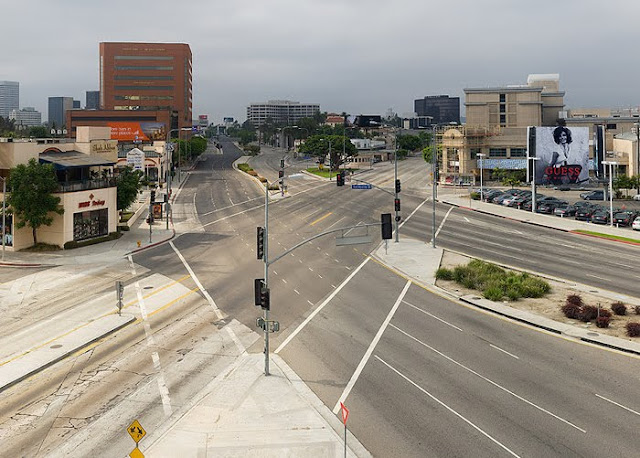 I stood there, bag at my side, wind whistling over mounds of dirty snow. Uh. What now. I was in a scene from a Wim Wenders film or a Hopper painting. A man with a John Deere hat {I know, almost cliche´ isn't it?} appeared. 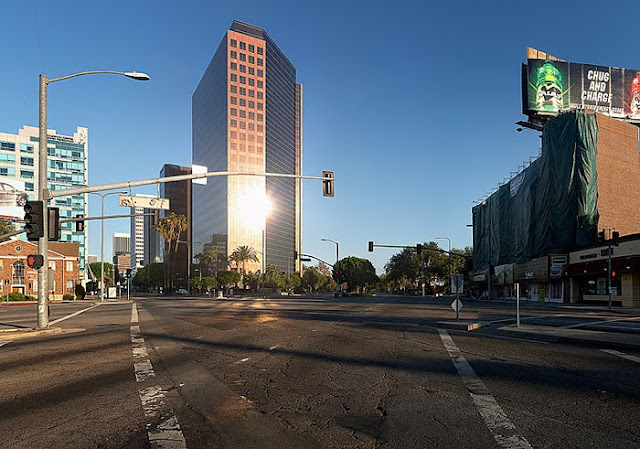 I asked him, steadying the rising concern in my voice, where was everyone? where was 'ground transportation'? He looked sideways at me and said, 'Well, you're in Kansas City NOT Los Angeles' and ambled off into the night. 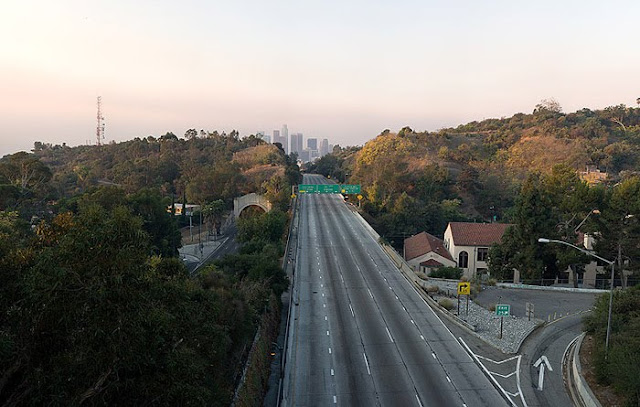 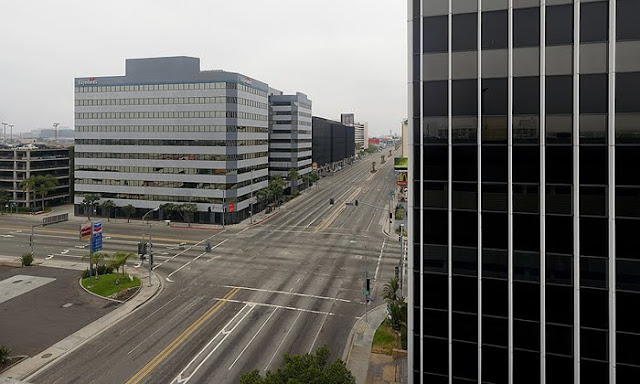 He was right. And there within was the beauty of it all. I took a deep breathe of frigid dry air and dialed up yellow cab. 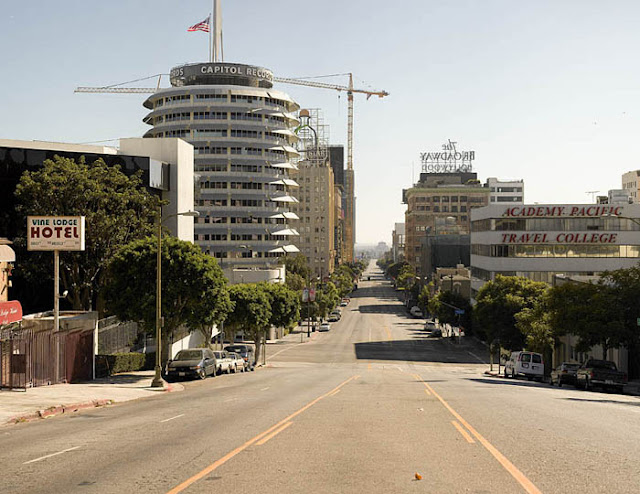 The Glamorous Housewife said…
Those photos totally freaked me out!

I used to work on movie shoots, and would often find myself driving home at say, 4:00am on a Tuesday. It was surreal to see the streets of greater Los Angeles virtually uninhabited at that ung-dly hour. But to see it in the daylight is almost unimaginable!

Paris Hotel Boutique said…
FABULOUS post Megan! I was mesmerized reading it. You did a great job getting yourself through the flight. I have really bad anxiety flying too.

Those photos of deserted L.A. are amazing. Can you imagine?

Hope your family is doing okay and take care.

Renae Moore said…
Megan,
It is so different getting away from the big city isn't it? Strange to be in a city where there is an eerie silence. Glad you overcame your self medicating though! Always good to be home though. I just got back from a week in VA, got snowed in with some friends for two days!
xx
Tuesday, February 2, 2010 at 6:19:00 PM PST

beachbungalow8 said…
aren't those photos of LA, super FREAKY? I wonder if they're computer enhanced.
Tuesday, February 2, 2010 at 8:29:00 PM PST