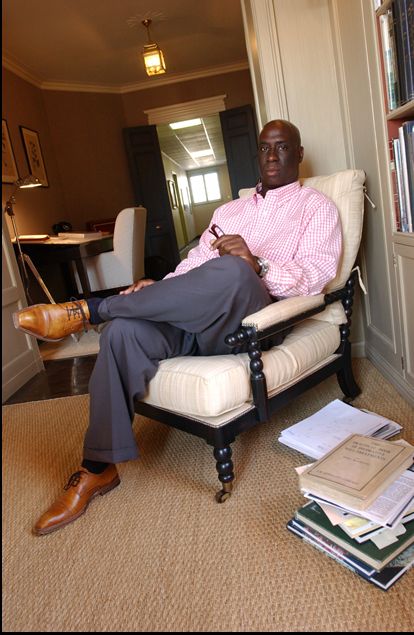 The Pacific Design Center offers a great lecture series {open to the public and free} in which they bring notable designers to discuss their particular area of expertise. It's a little like auditing a class back in college. An hour of free learning by an expert in the field. A great resource if you haven't already checked it out. Not long ago, architect and designer, Virgil McDowell's name popped up on the weekly email from the lecture series. Having seen him around town at various parties and checking out his site, I knew that this would be one I didn't want to miss. McDowell's topic was " The Golden Age of California" - an incredibly informative hour about the architecture and design of Southern California. Beginning with the Classical vernacular spectrum and moving on to Spanish Colonial Revival ending with a list of do's and don'ts when it comes to features on this particular building design. I left with so much renewed excitement for design and architecture. I was thrilled with the amount of knowledge imparted in that short amount of time. I wanted to run home with his hand out, make copies for every builder in Southern California, who is continually at fault for creating all of these faux Mediterranean monstrosities. {I'm sorry, but it's true} McDowell, knows his stuff and knows it well. He is truly an expert in his field. A few weeks later, on a Friday afternoon, I had the opportunity to visit Virgil in his offices. Based in the Pacific Palisades, the building looks like your basic, 2 story office/retail building built in I don't know, the 30s? the 50s? 60s? hard to tell from the exterior. But it has your basic Starbucks on the ground floor, maybe a cell phone store, mattress store.... just... very nondescript. 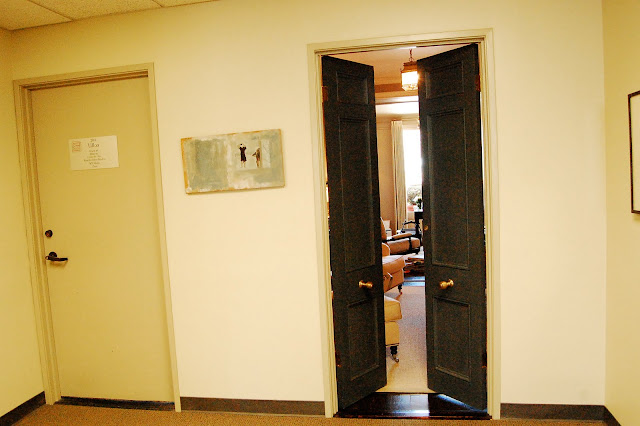 Through a pair of glass doors and up a flight of stairs into a sterile office building interior, there sits - at the end of the hall - a black lacquered Regency door leading into Virgil's office. 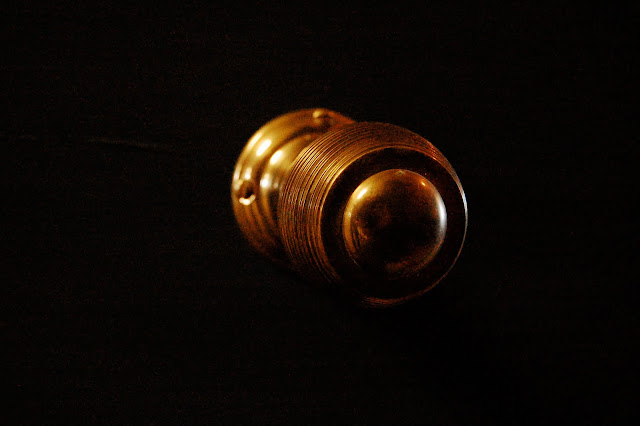 Passing through the threshold you're instantly transported into what looks like something overlooking East 67th street in New York- not the tops of umbrellas from the Starbucks below. 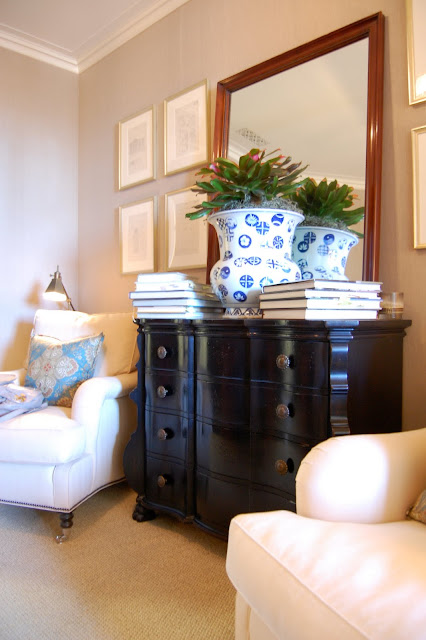 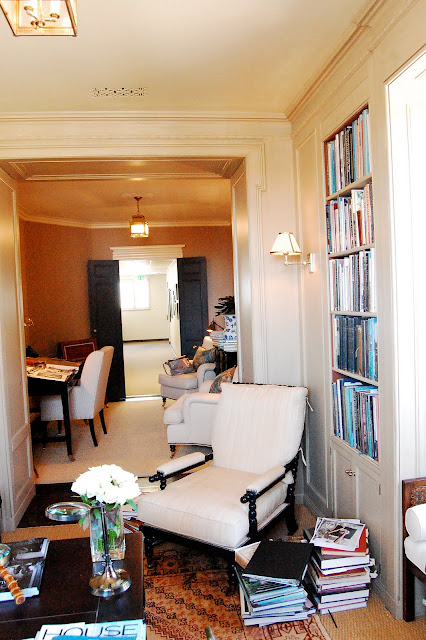 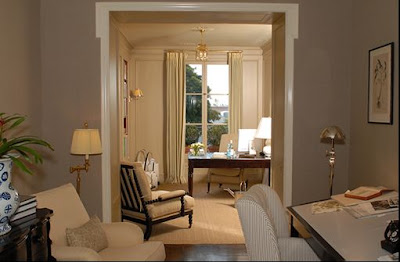 Although Virgil McDowell is a master at Classicism and is able to roll off information with expertise of someone schooled within ivy covered walls, the reality is that McDowell's upbringing is closer to home. Brought up in one of L.A.'s toughest urban neighborhoods, Watts, Virgil's chances of even getting a secondary education was little to none. 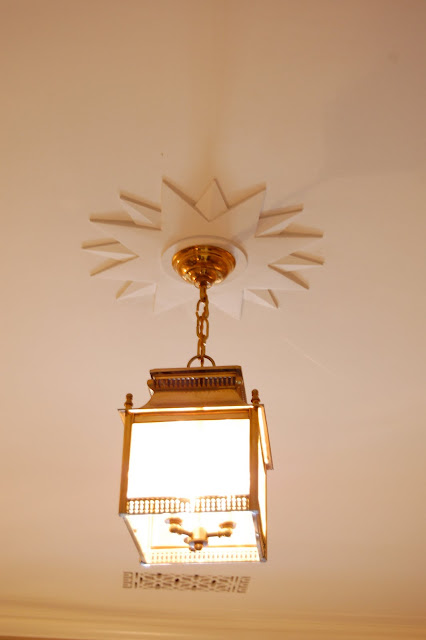 The middle child of a single father, McDowell fell into his love of architecture and design by way of chance. Taking a drafting class in high school, which then turned into a first job.The bug had bitten him. Driven by his passion for design, he saved his money and spent summers traveling to Europe on foot by day, he studied the ancient roman remains and the spread of architecture throughout Europe. By doing so he was learning, from the ground up, the structures and foundation that constitute what we know as Classical architecture.

In effect, McDowell had afforded himself an education that far surpassed any he could have received in ancient library, late at night. He educated himself in the most human sense of design, by living and breathing the very space that these great structures were inspired by, built and used. 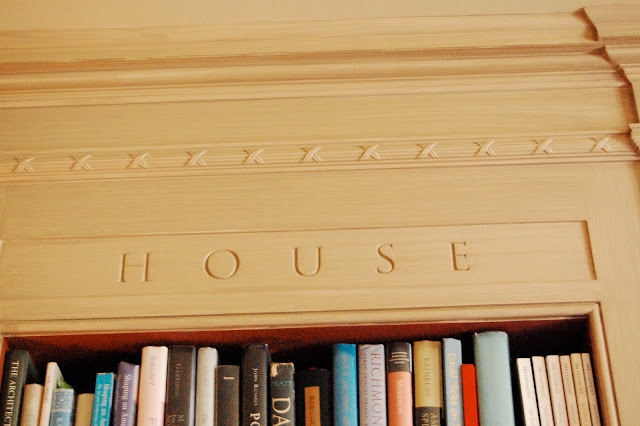 A story of possibility manifested by passion, McDowell's is one that is both compelling and inspiring. What grabbed me initially about McDowell, was his vast knowledge and incredible ability to reproduce details but seeing his work in person, was really something else. McDowell's work is impeccable, accurate and perfectly executed on all levels. So authentic that it's often hard to see what is original and what he has corrected. the entrance into the workroom of the offices {Benjamin Moore, Woodlawn Blue walls} no detail forgotten. 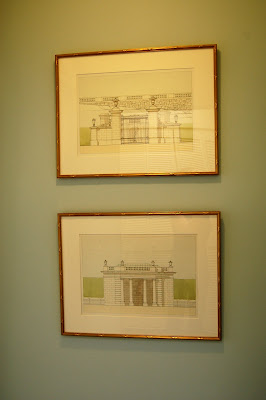 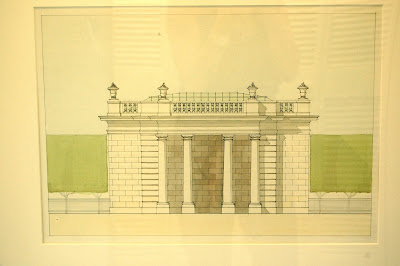 an elevation by McDowell 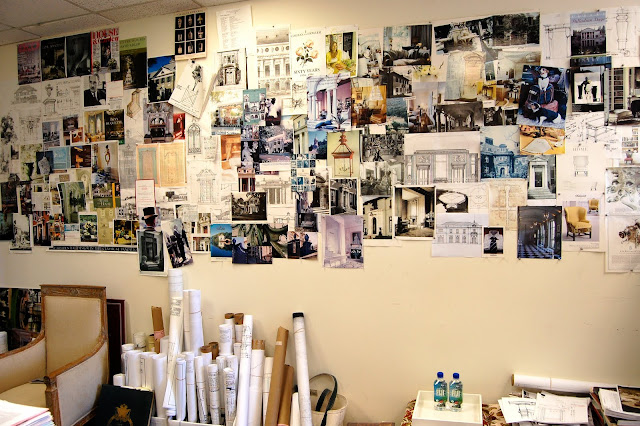 a portion of McDowell's inspiration wall that lines the work room 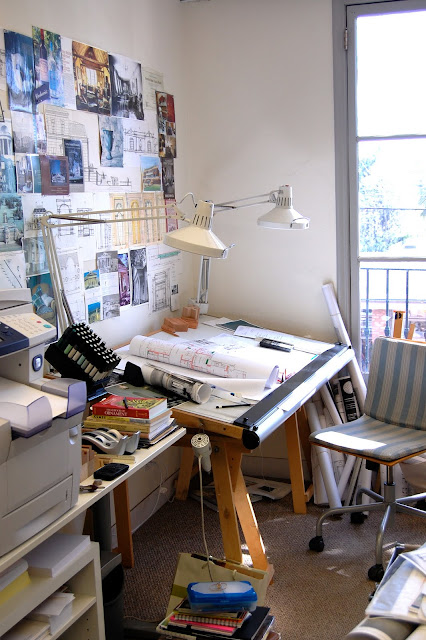 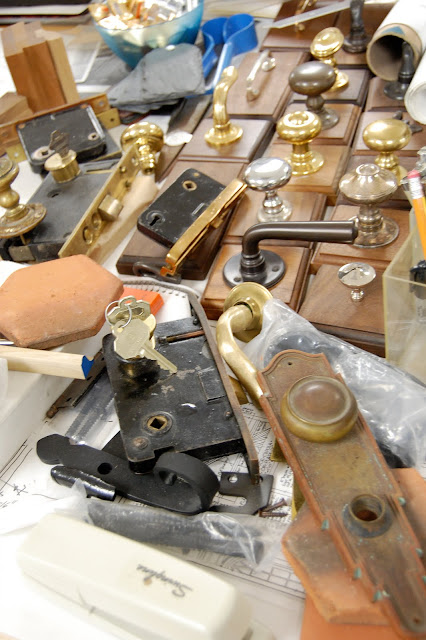 a peek into the back room reveals the "brass tacks" 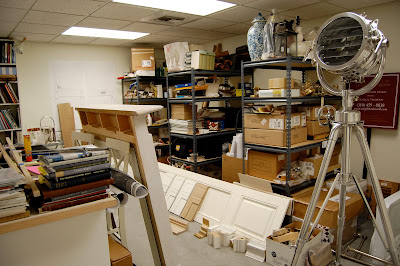 A front door and vestibule area that was originally built in the 30's in L.A.'s Hancock Park neighborhood. McDowell, saw that the proportions were off raising the first floor window height and creating an entirely new front door with new masonry that better fit the rest of the facade. 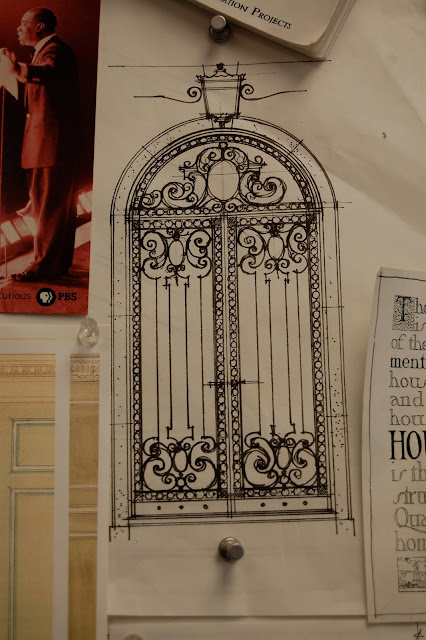 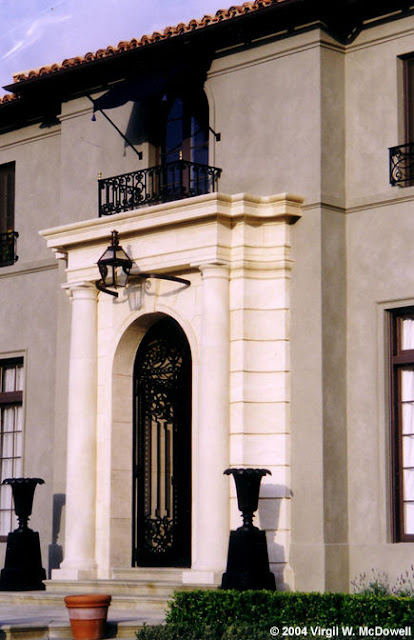 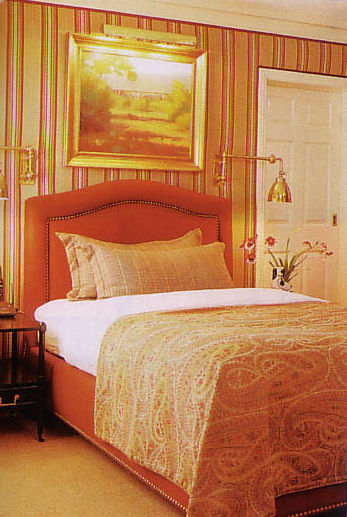 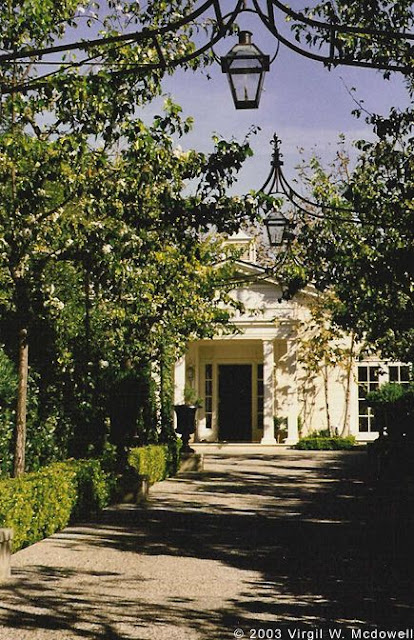 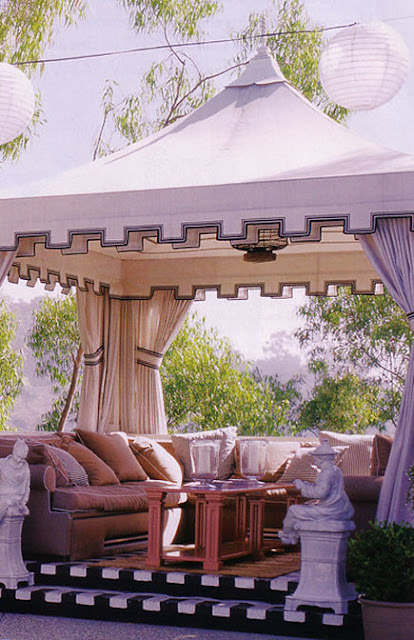 If you missed his last lecture, McDowell will be continuing his lecture series in the Fall with "Regency and Hollywood Regency and their Differences" October 6th. Please see the PDC website for more information. **Virgil will also be joining a fantastic line up of panelist for the upcoming, Legends of La Cienega panel, "East Meets West" May 7th 9-10 @ Rose Tarlow. {Other panelists will include, Joe Nye, Mary McDonald, Carolina Irving and Lisa Fine.}
Email Post
Labels: architecture interior design virgil mcdowell

Ludmila {CreamyLife.com} said…
Oh my, I love that inspiration wall! I mean I knew about inspiration boards, but that wall is totally awesome!
Monday, April 12, 2010 at 1:26:00 PM PDT

Developing Designs said…
Thank you so much for sharing a wealth of information into the workings and talents of Virgil. xo
Tuesday, April 13, 2010 at 5:48:00 AM PDT

Rosie Campbell said…
What a wonderful profile of this man. Very talented. Thank you for sharing the information about the lectures.
Tuesday, April 13, 2010 at 6:22:00 AM PDT

Michelle said…
His attention to detail is not only evident in his work, his studio and his drawings, but in his amazing footwear!!

...thanks for letting us take a peek inside his studio...there's something great about seeing the way other's "manage" their inspriation.

beachbungalow8 said…
He's an amazing artist as well as designer

J-you know my style so well by now!