If walls could talk- the braying of a legend 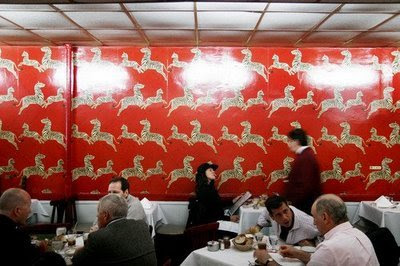 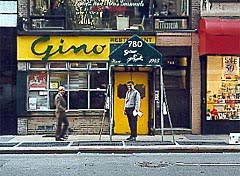 ...running around finalizing the details of the Blog Out Loud NY event. Being in the NY state of mind, I remembered that I had recently read in The New Yorker, that the famed Upper East Side, Gino of Capri restaurant has served its last supper and closed its doors, due to a rent increase - a reported, 8k a month, not including tax. 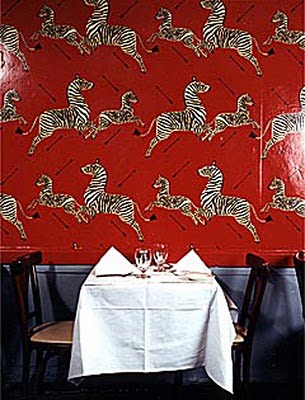 look how shiny. Is that grease? or did they just keep coating a layer of shellac every year?
The restaurant known as being a '1940s time capsule' among other things, was probably best known for its signature, red, zebra covered walls. Gino's was the impetus for the now classic, zebra pattern wallcovering created by Franco Scalamandre's wife Flora specifically for the restaurant, as a way to help out the newly immigrated restaurateur. I wrote about it a few years ago here. 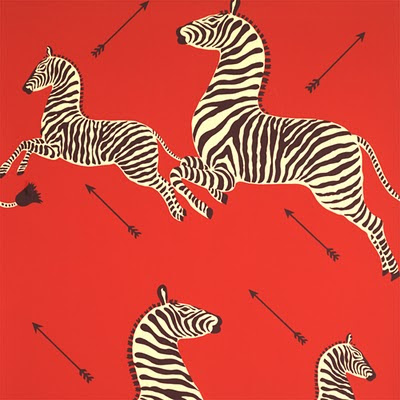 So what's to become of the old joint? West coast cupcake juggernaut, Sprinkles, is taking over, claiming that they'll keep the frolicking zebras. Which, yay. more over priced cupcake shops. 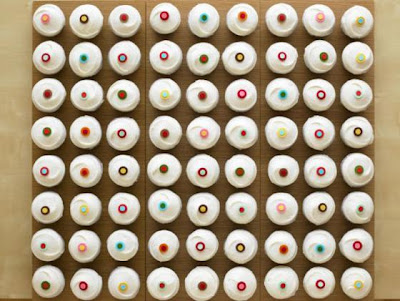 In case you missed these: 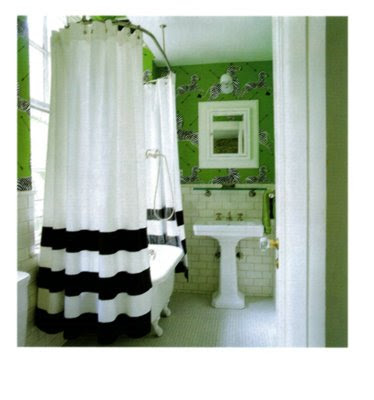 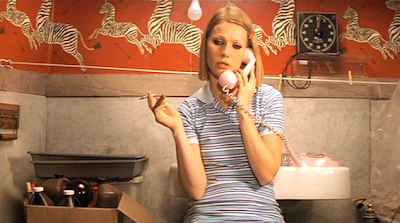 And making a cameo while Margot, is sneaking a smoke.
Email Post
Labels: scalamandre wallpaper