You know how some people absolutely freak, when they see a spider ( for the record I like spiders ) or when they think of a rodent's tail ? I think my phobia ( or fear  ) goes back to a story that I've told here before. But I can't find the post, so I'll re-tell it for those of you haven't heard it. And for the rest, scroll down to the bottom of the page to see some beautiful bird paintings I found here.

When I was around 8 or 9 my friend, Mary Anne, and I were practicing cartwheels in the yard of a nearby church. The church, a large, stone, gothic looking building, had  deep window wells across the front.

I decided to leap down into one to look through the basement window and in doing so landed on something that felt like a wad of bread dough. Instantly I realized that the depth of the well was such that there was no way I was getting out on my own and then I looked down to see that the doughy mass beneath my bare feet, was actually a  huge, brilliant green, Macaw Parrot.  Dead. With one small, dull, unblinking eye staring at me, appevellum lid, half way shut . And I was stuck in the space. Alone with it. 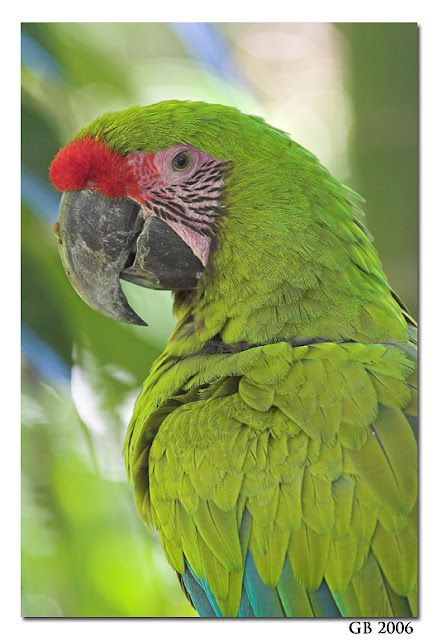 The fight or flight adrenalin instantly took over my body. The blood drained from my cheeks, my arms, my finger tips; as my heart soared into my throat and stuck. I screamed a dry mouthed whispery mew like in a nightmare when you can't get the volume out.

From above Mary Anne began crying too and ran back to my house to get help from an older sibling. It seemed to take hours as I stood  there, back against the cool limestone of the far corner, eyes squeezed shut, thinking of happy things.  Alone with my panic, flies buzzing around me, I waited.  Eventually, Mary Anne, breathless and crying, came back with one of my sisters in tow to pull me out of my hell hole.  Safe.  I was Safe. But forever on I've been afraid of getting too close to a bird.

A phobia, by definition, is  fear without logic. I think this little experience more than merits a real fear, but there's probably a bit of phobia in there too. You'd think, that after that trauma,  I'd never want anything to do with a flying animal (or green, or feathered, or beaked, or taloned ) But the truth is, I love birds. I can name most of the basic, patio bird varietals by sight or by sound. I know the history of many birds species and how they came to North America.

I'll watch  "The Wild Parrots of Telegraph Hill" with you if you've never seen it before, hoping you'll like it  too. I make everyone stop and look up at the sky whenever I hear the squaking of one of our own flocks of feral parrots we have living at the beach. I try to figure out things like if they have a schedule (I've noticed they fly from the Sand Section to the Hermosa Pier everyday around 3 ) I have two bird apps. on my phone

When we were growing up, if someone found an injured bird, or a rubbery baby bird alive on the sidewalk under a nest, they brought it to our house. Because my mother (who's name is Bertie ) always knew what to do. She'd feed the baby birds with eye droppers filled with something like baby cereal. She'd keep a fledgling safe from neighborhood cats in a cardboard box until its wings had grown in. She always knew exactly what to do.

She once commented, upon hearing a Mocking Bird in my, Southern California, yard that its repertoire was not at all a 'mock' because it was a series of 7 (or was it 5 ) stanzas from birds of a different region. She's your basic, armchair ornithologist from way back. A Bird Nerd. And  I'm quite sure, without a doubt, I've learned to love birds by osmosis. But don't get a live one near me. ever. 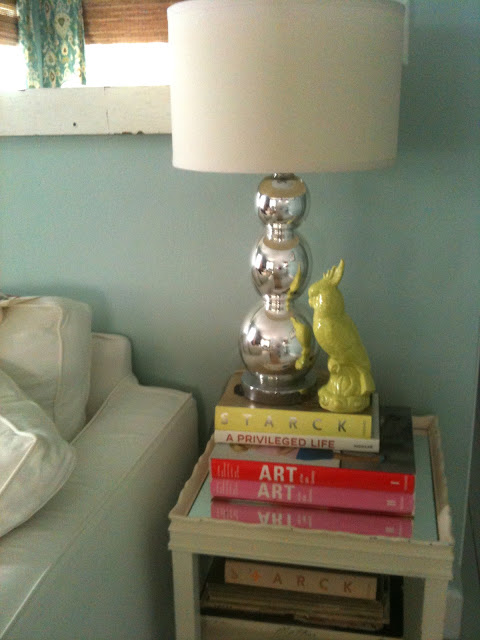 One day, my youngest pointed out to me that 'we have a lot of bird stuff in the house'. She was right. I looked around and realized, that inadvertently, I had been surrounding myself with the very thing that both intrigues  and scares the bejeezus out of me. What arachnophobia would do that. 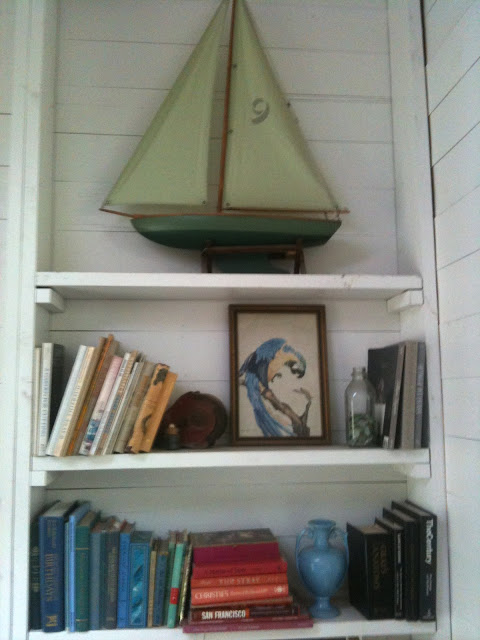 Which, a little non sequitor but, brings me to these beautiful bird paintings I found today while strolling through a gallery website ( mjh design arts ): 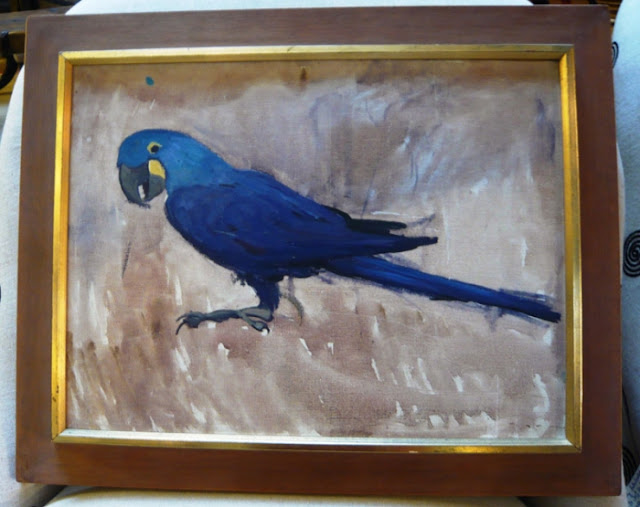 I, of course, was immediately drawn to them.  I love everything about them. Their color, the looseness of execution and the great frames. 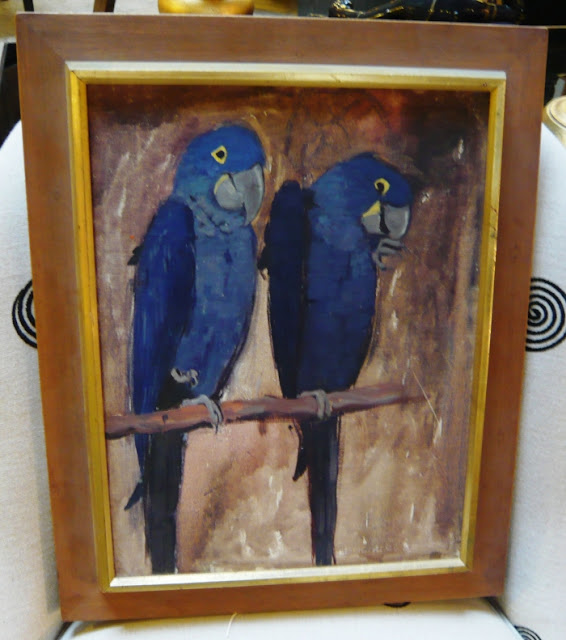 Today I'm going to set about decorating my home with what very little Halloween decor that I'll allow, and that my kids and I can agree on. That would be, five, fake, black crows attached by their wire feet to the rose vine around my front porch.

The 'sketches' above, were done in preparation for a larger painting of the same, theme by California artist, Jesse Arms Botke (1883-1971)

Dressing On The Side said…
hmmm...when our hair was a wild mess of curls--I KNEW beyond a doubt that a seagull, low flying bird or some other winged creature MIGHT get caught up in it (...perhaps one too many showings of "The Birds"??!) I almost lost it when I saw Debra Winger in "Forget Paris" and the scene with the bird stuck to her head...
But now, like you, I have bird paintings, figurines, and the like scattered throughout my house. Have I outgrown my fear or is it the CHIA hair straightener that has brought an end to my neurosis?
Monday, October 4, 2010 at 12:09:00 PM PDT

heather-leigh said…
I love parrots. So tropical...
Check out my blog http://passionpod.wordpress.com/.
Inspirational findings, photos, raw/vegan recipes, musings, and much more – all with an environmentally conscious focus.
Monday, October 4, 2010 at 2:44:00 PM PDT